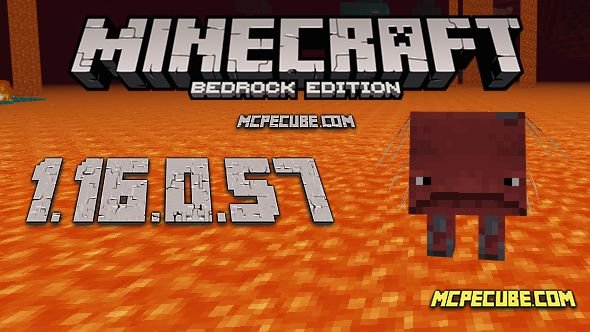 We welcome all fans of the Minecraft world to our website. Today we present to you a new version of Minecraft Bedrock Edition 1.16.0.57, which was released yesterday. The long-awaited update was released by the developers of the Mojang studio for all users of Android devices. In the new update, new mobs, biomes, blocks, music, sounds, buildings and much more are waiting for you!

What's new in the Nether update?

The developers of the Mojang studio informed the entire Minecraft community about the release of the new fourth beta version of MCBE 1.16.0.57. In this version of the game, Mojang added quite a lot of interesting and fascinating content. With the release of the new update, spending time in the world of Minecraft will be much more fun and interesting especially when it comes to the Nether world. Now let's talk about what has been added and changed in the game.

The first thing we draw your attention to is mobs!

The developers of the Mojang studio added two new mobs to the Minecraft world at once. New mobs will make your stay in the Nether world more interesting.

The first mob is Zoglin. This is a hostile mob that is one of the subtypes of a mob-like Hoglin. For those who have not heard before, the Zoglins will change their form from Hoglin as soon as Hoglin enters Overworld. This can happen if Hoglin passes through the portal. Zoglin has a new texture, which is why it differs from a normal mob. These mobs are hostile to all mobs except Creeper and Hoglin. 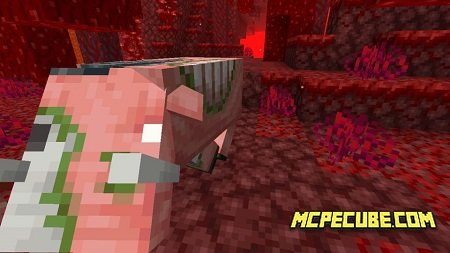 The new unique mob called Strider! This mob has a unique look, and they live only in the Nether world. Players can find them at a height of 31 blocks or lower. Most often they are in lava. Its main feature is that thanks to this mob, players can finally move through the lava. Players can ride on it, and will not be damaged by lava. Please note that the speed remains the same. 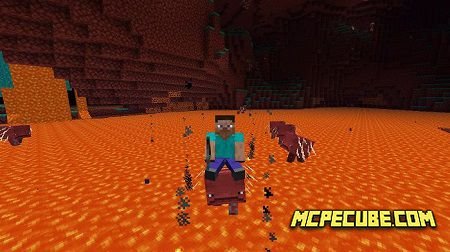 The next thing we want to draw your attention to is Generation in the Minecraft world.

With the release of the new Minecraft Bedrock 1.16.0.57 update, new structures have been added to the game. These are newly generated structures that players will definitely like. Let's look at them:

1. Ruined portal: This is an ancient structure that is an ancient Portal in the Nether world. This structure may contain one of the types of obsidian, namely Crying Obsidian; 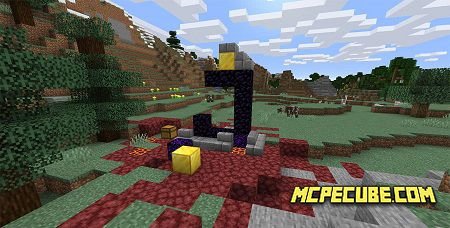 2. Piglin Bastion: This is a large-sized structure that looks like the Stronghold that previously existed in the Nether world. Inside this structure, players can find a large number of rooms and useful resources. 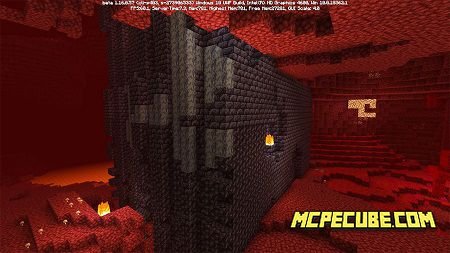 In addition to this, Mojang developers have added other gameplay elements that we will talk about below.

1. Blackstone: this block can be found in all Nether biomes;
2. Basalt Deltas: This volcanic biome is quite large in size. This biome is covered with white ash, as well as lava and basalt;
3. Respawn Anchor: This is a new type of block with which players can set a spawn point anywhere in the Nether world;
4. Music and sounds: New sounds and a new composition have been added to the game. In each biome, the songs will automatically play. 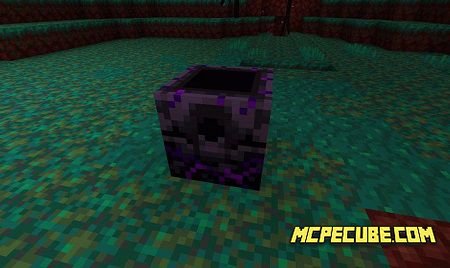