A new add-on that allows the player to change the appearance of the Iron Golem familiar to everyone. This add-on is called GolemsPLUS. There is even a Boss in this add-on. We warn you that you can rarely meet him, but if this happens suddenly, it can be difficult to defeat him.

This add-on contains a large number of different types of Golems, below in the image you can see all of them.

One example of new types of golems is the Wooden Golem, in general, they all have the same shape, but for example, in the case of this, when struck by lightning, it turns into a charred golem.

Further, we will consider with you other types of Golems. In the game, you can find the overgrown golem, which looks many times better than an iron golem. The game also features the rusty golem that will appear after the defeat of an iron golem by lightning. The third type is the slime golem, which has the ability to jump around and is also presented to us in three different sizes.

Also in the game, the player can find other types of golems, starting from the Lapis and ending with Emerald Golem, which was also created from weak to strong.

And most importantly, this is our new Boss, the Wither Golem! As already mentioned, this is a fairly powerful mob, which has the same properties as the Wither Boss but has several additional features, namely the ability to summon skeletons and golem heads, which are also new mobs in the game.
Below we will consider with you detailed information about each type of Golem. 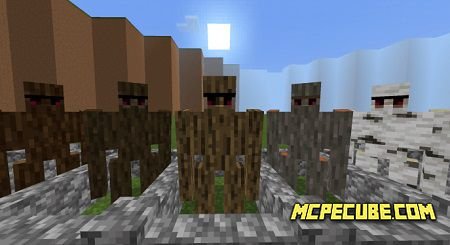 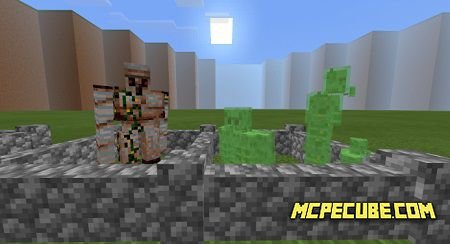 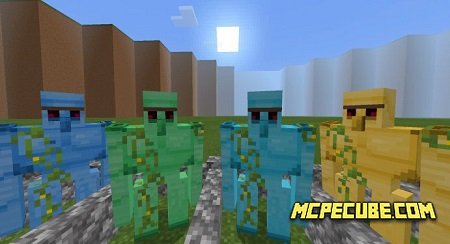 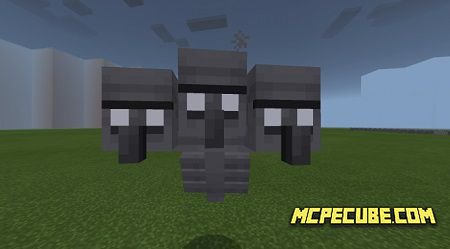 List of all new types of Golems and their description:

It has no new abilities, all the same golem just has an improved appearance!

Has 400 HP. It has the same attacks as Wither Boss. Also has additional abilities to summon other mobs, such as skeletons and golem heads.

We remind you that the Experimental game mode must be active.
GolemsPLUS Addon 1.13/1.12+
golemsplus.mcaddon
Download free[26.73 Mb]