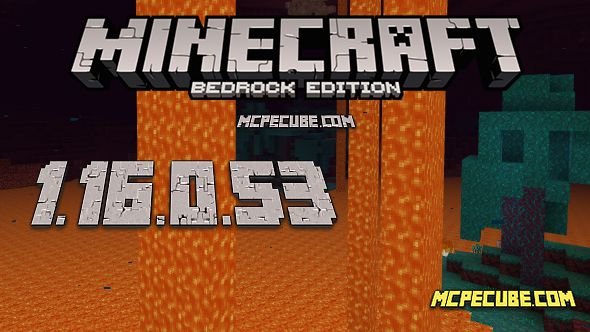 We present to you with a new version with access to Xbox Live - Minecraft Bedrock Edition 1.16.0.53. This is the new version with the new biomes of The Nether Dimension. New hostile mobs such as Hoglin and Piglin were also added to this dimension. The new version of the game is already available for all users of Android devices.

The new version of MCBE 1.16.0.53 has added a large number of interesting innovations to the game. All additions apply only to The Nether. The previously boring dimension has changed a lot. Unique new biomes, structures, and new mobs. Of course, Nether Update will be further developed and improved in the upcoming beta versions. This is done in order to make the game more stable and comfortable for the game. 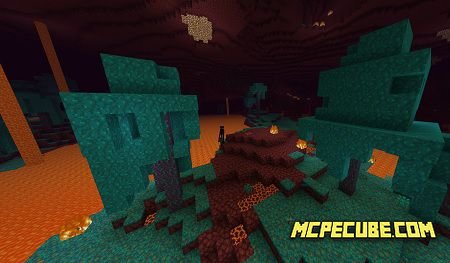 Thousands of players can safely say that Nether Update 1.16 is one of the best updates created by the developers of the Mojang studio. A large number of new additions greatly affects the stability of the game and the gameplay as a whole. Each new innovation noticeably loads the system of devices and so that there would be no problems during the game, the developers optimize and will continue to optimize the gameplay. This is a very important part of the work without which the gameplay loses interest in the Minecraft world. 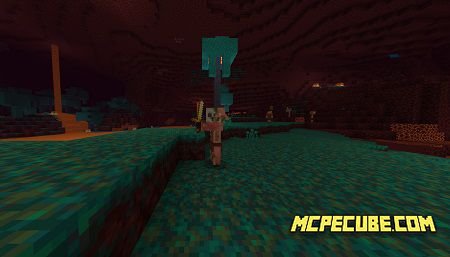 1. The ability of players to play on the same device using the split-screen function. From now on without any bugs and crashes of the game;
2. Fixed bugs related to the Character Editor, namely skins;
3. Improved performance of map parameters.

With the addition of new biomes, the expansion of the boundaries of the Nether dimension and other locations, the maps of the Minecraft world began to display the terrain incorrectly. 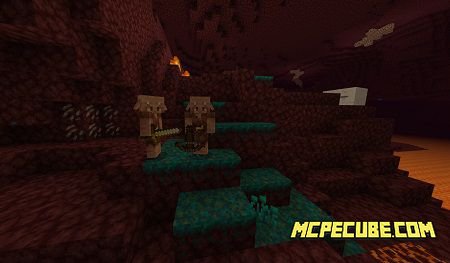 A large number of bugs that arose in the game prevented players from correctly understanding a certain location. For example:

1. When creating a map, the system will automatically adjust the correct scale;
2. Changed worlds will also be scaled correctly;
3. Fixed a bug with blinking maps.

Now let's talk about the animation of the game. Due to the addition of new graphic elements to the game, the animation in Minecraft received a large number of bugs. Fixing of these bugs took quite a while.

Below you can see a shortlist of fixes:

1. Fixed a bug related to the sheep model after shearing;
2. Fixed a bug with particles;
3. The animation scale will use a new way to find intermediate values;
4. The loading distance will no longer affect the visibility of the text on the Sign.

This version of Minecraft Bedrock Edition is perhaps one of the most stable in the 1.16 update series.