And again, the Mojang developers present a new update for all the fans of the beloved Minecraft world. The new and most importantly the long-awaited sixth beta version of Minecraft 1.16.0.59. In this update, players will find even more improvements to the old mechanics, as well as the addition of several new ones. Thanks to the hard work of the Mojang developers, the Minecraft game is getting better and better every day.

The first thing we would like to draw your attention to is that the Mojang team added a lot of new features to the game that changes the Minecraft game and makes it more enjoyable to play.

For example, in the previous Minecraft Bedrock Edition 1.16.0.58 update, a new emotion button was added. And already in this update, a special patch for a new button was released. 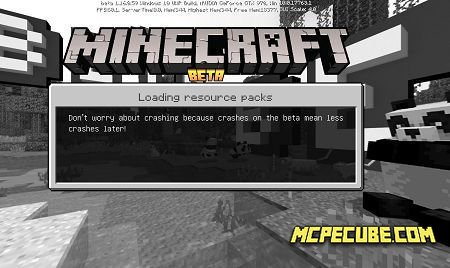 Players can also pay attention to the fact that important things such as:

1. Button Change emotion, in Minecraft BE 1.16.0.59 does not disappear on some devices;
2. The names of some blocks and their corresponding lines in .json files have been changed;
3. From now on, quotation marks will no longer appear when prompts appear. 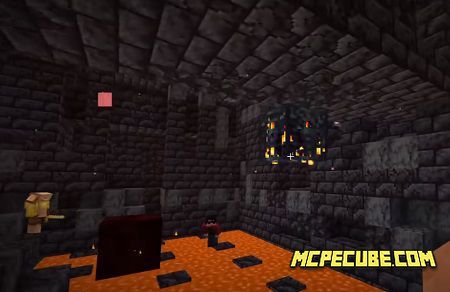 As for the gameplay, the developers of the Mojang studio turned their attention to some game functions that also required special attention, after which, in the new version of Minecraft Bedrock 1.16.0.59, they worked on fixing bugs and crashes. For example, a bug that spawned a large number of cats in the villages.

In addition to this bug, a crafting recipe for a tree from the Nether world has also been added, also we draw your attention to the fact that now this tree does not burn in Furnace.

Players can get Quartz Steps in MCBE 1.16.0.59 only with the usual Block of Quartz.

Minecraft 1.16.0.59 added fire sounds for the Soul fire, which burns on the Soul Soil block. With the new update in the Minecraft world, the behavior of some mobs has been fixed. Also, some creatures have added new functionality that makes them unique in their own way.

Almost all new mobs spawn in Crimson Forest in Nether World. However, Strider can still be found anywhere the lava river flows.
Now Netherite armor will correctly display on mobs.

The head of the baby hoglin was changed, the developers of the Mojang studio slightly increased their head, thereby making these creatures more cute.

Zombified Piglin now has resistance to fire and will not be damaged by it.

Piglins from the Nether World, in Minecraft 1.16.0.59 after killing with one shot, will drop Gold Ingot. We remind you that in order to trade with them you only need to throw Gold Ingot at them or next to them, after which they will drop you some random valuable item. 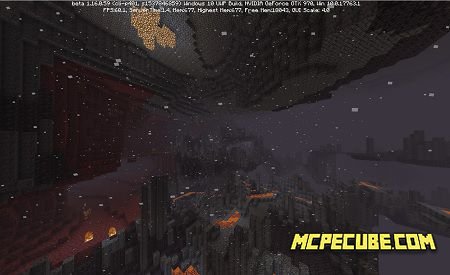