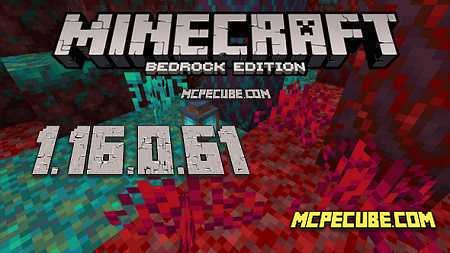 We present the new version of Minecraft that was released by the developers of the Mojang studio today, namely the Minecraft PE 1.16.0.61 update! New biomes, improved gameplay, and much more in the new update.

And again, day after day, developers release a new update with new changes and new content that, as always, pleases us. Mojang today released Minecraft version 1.16.0.61. Everyone already knows about the new four different biomes and new mobs that live in the Nether world. With each update, each biome changes and adds more and more new unique and most importantly interesting features to the Minecraft world.

Let's look at new biomes and their new features.

This is a fairly large forest biome, which is made in red style. In the previous update, red particles were added which in the form of ashes soar in the air. Here you will find only hoglins and piglins, in addition to this, players can interact with the piglins and get useful items, but for this, you have to wear gold armor. Piglins at Minecraft Pocket Edition 1.16.0.61 can trade if you throw them a gold bar. 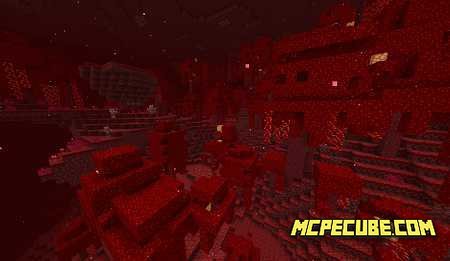 This is another forest biome in the Nether world, in which instead of trees you will find large mushrooms with new luminous blocks. We draw your attention to the fact that Warped Forest is one of the safest places where you will not meet anyone except Enderman.

We also draw your attention to the fact that the whole design is made in blue shades. Even fog is made up of many small particles. 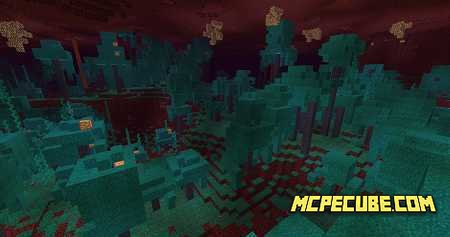 The next biome is called Soul Sand Valley. 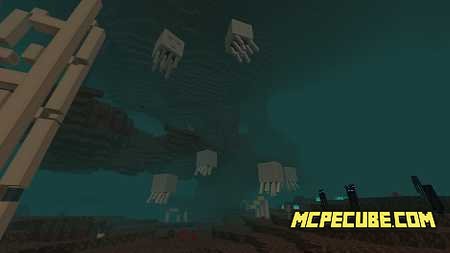 And the last one is Basalt Deltas.

This is a volcanic area in the Nether world where every next step may be the last for the player and you will die. Why? Because you can easily fall into a lava lake or even meet a large number of hostile mobs like Magma Cube. 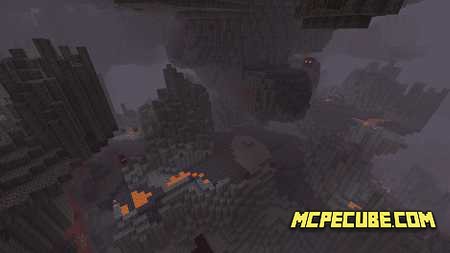 In this biome, in addition to hostile mobs, players can face with mobs such as striders. These are new mobs that allow the player to safely cross lava lakes. 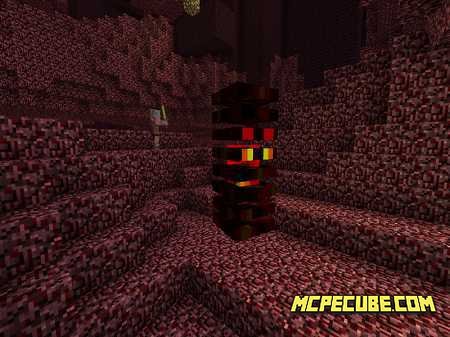 Now the most important thing is the bug fixes!

The new version of Minecraft Bedrock Edition 1.16.0.61 added new mechanics to the game, as well as fixes and improvements to the old one.
You can pay attention to the fact that in the new version of the game, fonts no longer disappear from chat and the main menu; on the Minecraft market, the Mojang developers fixed a bug with endless loading of preview images.

A bug was found that arose during the creation of the world, namely, by placing such an entity as Armor Stand, the mobs did not spawn. Having placed 200 units, mobs did not appear in the world. In version 1.16.0.61 this has been fixed and henceforth Armor Stand does not affect spawn mobs.

In our previous article, we talked about what it is and why it is needed. In short, this is necessary for Java and Bedrock versions of the game to become equal to each other.

In the new update, water has new changes, namely it starts to freeze from the edges just like in the Java PC version of Minecraft. From now on, Anvil calculates the Cost of Enchantment, not XP Cost.

The next change is related to the Fall from a height.

In general, in a new update, the developers of the Mojang studio fixed a little more than 60 bugs and crashes. Below you can see some of them:

1. Fixed the Minecraft game on the Samsung GalaxyS Duos 2;
2. Fixed crashes in The End dimension;
3. Fixed crashes when moving from one dimension to another;
4. Fixed a crash due to the /kill command when spawning the Dragon;
5. Fixed a crash when loading custom skins;
6. Improved Character Editor;
7. Custom skins now load faster;
8. From now on, the range of the despawn of mobs is connected with the range of drawing graphics;
9. The damage protection after the fall has been fixed;
10. From now on, players can enchant one compass in one attempt;
11. Redstone's torches have been fixed;
12. Parrots no longer hang in the air in flight mode;
13. Mobs that can pick up armor prefer iron over chain mail;
14. Fixed the flickering of chunks after changing the range of drawing graphics;
15. The maps that became invisible were fixed;
16. Pictures are now displayed correctly;
17. The rays of light that come from Beacon are now displayed correctly;
18. Fixed display of animation of fire on arrows and creatures;
19. Animated textures have been fixed;
20. Fixed the flickering of enchanted items and much more!
Minecraft PE 1.16.0.61 for Android
minecraft-1-16-0-61.apk
Download free[100.16 Mb]