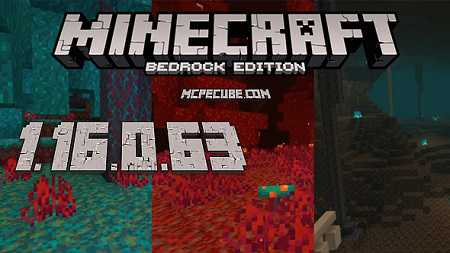 And here is the new long-awaited Minecraft PE 1.16.0.63 update. This is a small update that applies only to the Nether world, namely, improved game loading, updated biome structures, and the behavior of some creatures.

The new update is already available to all users of Android devices, as well as Xbox Live.

All players are already familiar with the unique and very exciting Nether world, this is a very large world with a lot of unique structures, creatures, and other features. Each new Nether Update gives this world, in addition to bug fixes, also new unique features and functionality. The developers of the Mojang studio turn their attention to the smallest details of each biome, for example, each biome has its own unique elements, such as structures, the color of the biome, and even particles that cover the entire biome.

For those players who have not yet explored and discovered the fascinating Nether world, we want to draw your attention to the fact that in all biomes, players will see completely different structures, each of which will also be unique.
One of the main features of Nether Update is the sounds that were added to the game, namely 38 sounds!

As mentioned above, the new Minecraft Pocket Edition 1.16.0.63 update has improved game loading, changed biome structures, and the behavior of pig-like creatures such as Piglins, Hoglins, and Zombified Piglin.

With the release of each new update, details of some parts of the Nether world can significantly affect your device and the gameplay as a whole. Many players have different issues, namely, there are problems with fast movement on the game interface, as well as on the game as a whole.

In order for players to be able to play without such problems, the developers of the Mojang studio fixed the following in the Minecraft PE 1.16.0.63 update:

1. Mojang Studios loading screen;
2. Improved symbols loading;
3. When you cancel the synchronization with the game, the main Xbox menu will not freeze;
4. Fixed a bug with the skin model when pausing or resuming a game;
5. Correct conversion of items in chunks.

In the new Minecraft PE 1.16.0.63 update, the developers of the Mojang studio added new functionality and features to each Nether World biome. As mentioned earlier, all new features are very different from each other.

In some Nether World locations, players can face with creatures such as Piglins and Hoglins, while others have different structures. At the moment, there are four biomes in Minecraft PE 1.16.0.63:

In the new Minecraft PE 1.16.0.63 update, the developers of the Mojang studio changed the generation of locations. An unexpected decision by the Mojang team was to change the rarity of such a biome as Warped Forest. At the moment, this biome is the rarest regarding others. 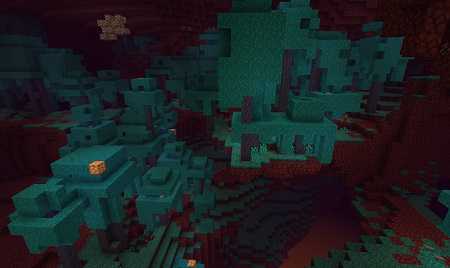 In addition to improved game loading and changes in biomes, in Minecraft PE 1.16.0.63 many changes concern new mobs.

Mobs such as Piglins, Hoglins, and Zombified Piglin have changed their behavior:

1. Increased running speed of creatures such as Hoglins;
2. Hoglins will not attack Piglins with crossbows;
3. Increased resistance to knockback of hoglins and zoglins;
4. Changed the behavior of pig-like creatures during the run;
5. Zombified creatures will not drown in lava;
6. Hoglins fear the Zoglins! 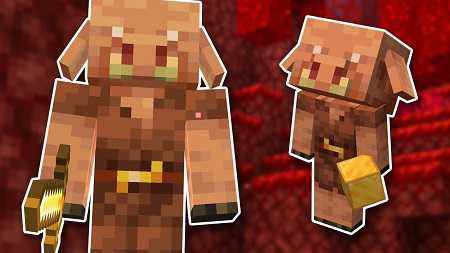 Thanks to many fixes, there will be no more freezes in the Minecraft world, and players will be able to enjoy all the features of Nether Update.
Minecraft PE 1.16.0.63 for Android
minecraft-1-16-0-63.apk
Download free[99.46 Mb]