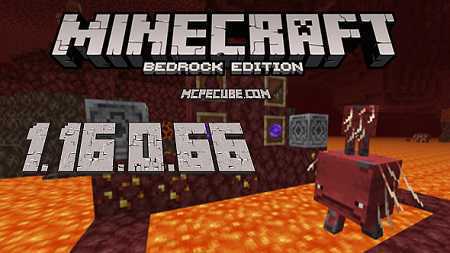 We are glad to present to you the new beta-version of all the beloved game Minecraft, namely Minecraft PE 1.16.0.66. This update supports Xbox Live and of course Android devices. New features and changes in the Nether world! This is the new 11-th beta version of the Minecraft game that only applies to the Nether World.

What has changed in the world of Minecraft?

The developers of the Mojang studio have released a new version of MCPE 1.16.0.66 for the Nether world. In the new update, new fixes are waiting for you, as well as new interesting and useful content. All this and much more in the new Nether update.

The first creatures we turn our attention to are the Piglins. These creatures, as was previously mentioned, live only in the Nether world. They are hostile to players and are also equipped with a golden sword and crossbow. In the Minecraft Pocket Edition 1.16.0.66 update, these mobs replace the Zombie Pigman in the Nether world. The difference is that the Piglins have changed the character model and textures, and they also have improved behavior. Thanks to two new mechanics that the developers added, these mobs have unique behavior and their own features. 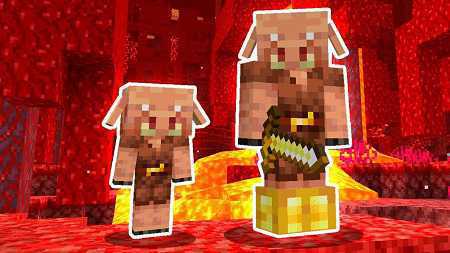 For example, if a player tries to get closer to them, then they will most likely attack you. In general, these are neutral mobs, but there is a high probability that they will attack players. But there is one feature that is added to their behavior, if the player is equipped with gold armor, they will not attack him.

Another feature is the exchange of goods with players. This is a very important feature of the Piglin since Minecraft PE 1.16.0.66 gives players the opportunity to get very useful items during survival. Also, this mechanics gives you the opportunity to get the necessary items even while being far from the portal to the Overworld. To do this, you just need to throw a gold bar at them, after which the exchange system will begin to work.

The next creatures will be the Hoglins. These are hostile creatures who are also the first in the Nether world to breed and be a source of food. These creatures look like pigs from Overworld. Their difference is that they are aggressive and hostile towards the player and have large tusks. If the player comes closer, they will begin to attack you. After death, they give the player a very useful drop, namely raw pork, and when dying of fire, fried pork. 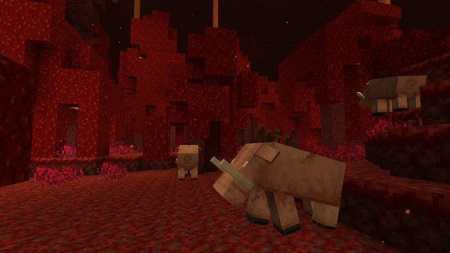 And the last ones are Striders. These mobs were added one of the last and, unlike the previous ones, do not pose a threat to the player. These are very unusual cubic creatures in Minecraft 1.16.0.66. These mobs are able to transport players across the ocean of lava without damage. To activate this mechanic, you need to get only two things such as a saddle and Warped Fungus on a Stick. The saddle process will be the same as for pigs. 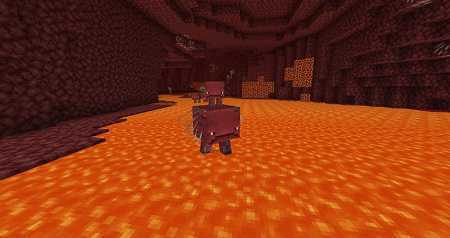 This is very important since each subsequent bug fix makes the game more stable and enjoyable to play. In the new version of Minecraft PE, there were only 13 fixes, we will show you the most significant:

1. Fixed a bug when riding, namely a graphic error displaying the game;
2. Fixed a bug that related to the malfunctioning of tags and commands /replaceitem and /tp;
3. Fixed chest generation bug; earlier chests were generated without loot. 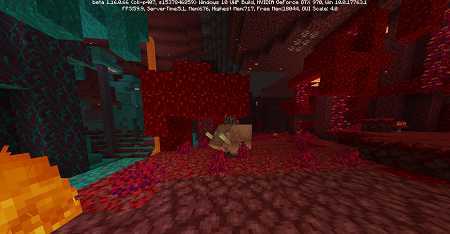