We present to you an add-on that adds a new creature to the world of Minecraft. The new creature is called TNT Yeeter. After what you see in the image below, you will have a logical question, but what is it and what does it consist of? Firstly, this creature consists of a skeleton of a skull, TNT and two parts of the grindstone. This creature became popular after it was first made in Reddit by one of the users. Also, later used as a meme on social networks.

What do these creatures do and how dangerous are they?

TNT Yeeter throws TNT at his enemies and not only, in general, in what he considers his goal. These creatures are similar in strength to Creepers, as they have destructive power and are capable of causing a big explosion by throwing TNT. In addition to attacking other creatures and living targets, they can also attack structures, thereby destroying them.

Be extremely careful with them, as they will attack not only you and the structures but also your pets and even the villagers who will live in your village.

— Custom creature;
— Spawn Egg;
— The player can spawn him;
— May be summoned;
— Name of the identifier of the new mob: mememob: tnt_yeeter;
— Has additional animations for throwing TNT for its purpose or for its enemy;
— Has 40 Health;
— Can be tamed with TNT;
— Attacks its target, enemies, and structures using only TNT, namely throwing;
— As previously mentioned, it attacks players, cows, villagers and even the Iron Golem. 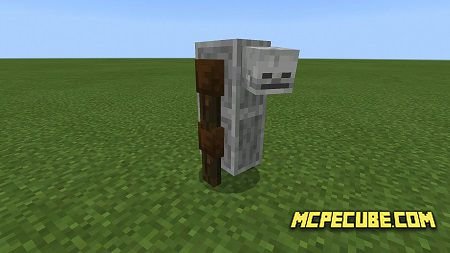 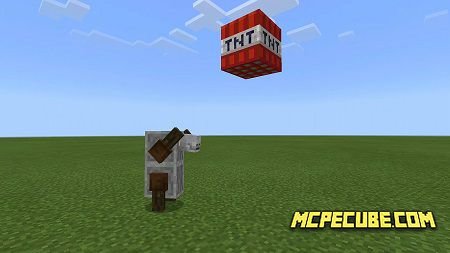 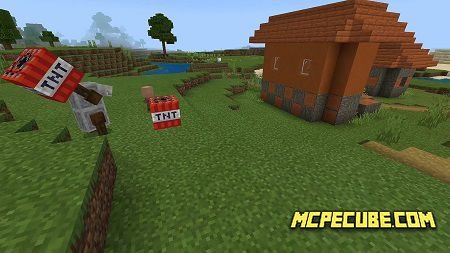 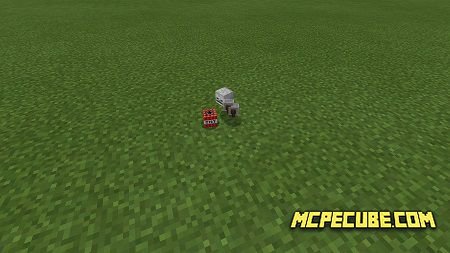 What needs to be done to tame your TNT Yeeter?

In order for the player to tame this creature, all he needs is just TNT, just use it to tame it.

Once you have already tamed TNT Yeeter, he will follow you everywhere since then you will be its owner. 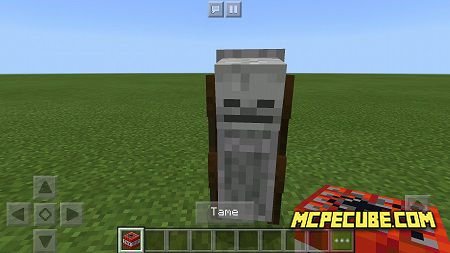 Your new TNT Yeeter pet will not attack cows, other players and other mobs that will not be dangerous for you. They will also protect you from all enemy mobs. 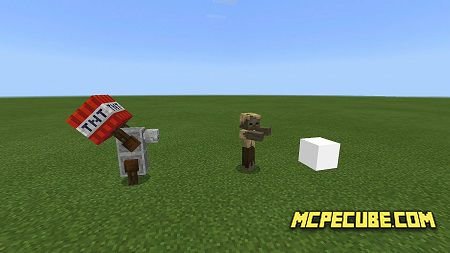 The player is able to leash him. 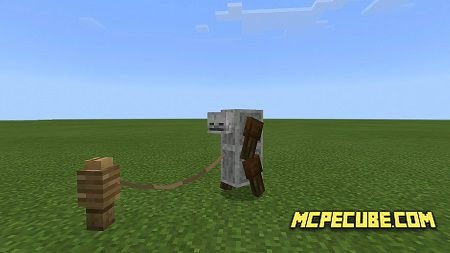 You can heal your pet after a fight using TNT or grindstone. 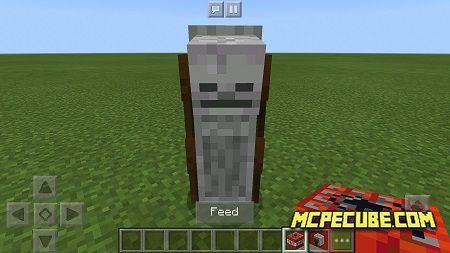 Where to find TNT Yeeters?

Basically, they spawn in locations where there are villages nearby, as well as in plains.

We draw your attention to the fact that this add-on is better not to use in survival mode in the world of Minecraft! New enemy mobs can destroy the house you built, attack the villagers and other living creatures. 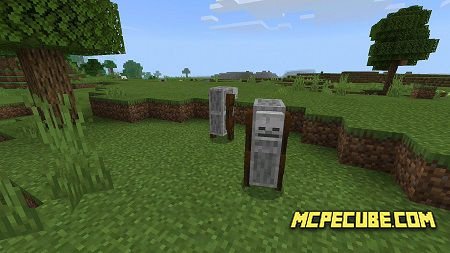