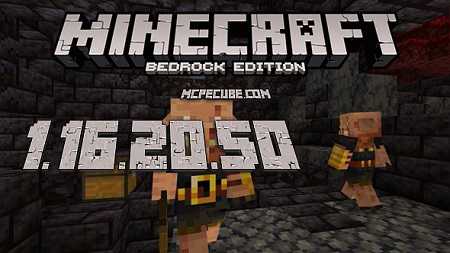 Everyone is familiar with creatures like the Piglins, as they are one of the most dangerous and hostile mobs in the Nether world. These creatures live in the bastions and will attack anyone who meets in their path. New Piglin features in the MCPE 1.16.20.50 update, as well as a new type of Piglin.

Players should learn to distinguish between normal Piglins and crazy ones, as in the new update there will be Piglins who will not trade with you, but will try their best to attack in order to kill. From now on, in the new Minecraft Pocket Edition 1.16.20.50 update, you will see such a type of Piglin Brute, this type of Piglin is different in that it is always aggressive.

Piglin Brute guards the treasures of the bastion. Only in such places can you meet and fight this creature. 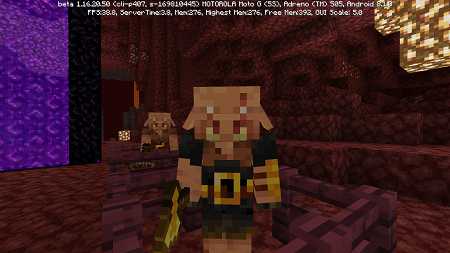 Even if the player has some kind of golden items, he will still begin to attack you. The main weapon is an ax. He does not use armor.

One of the main enemy mobs in this beta version is Zombified Piglin. These creatures also live in the Nether world, previously you could see them as Zombie Pigman. In the new Minecraft PE 1.16.20.50 update, Zombie Pigman changed their model.

This makes the Nether world more fun and difficult to survive since you cannot know when exactly you can be attacked.

From now on, the boat will not slow down until it collides with any block.

Also, if you used Bone Meal and nothing grew, the item will not be spent or lost, even regardless of where it was used on the ground or on the grass.
Added new sounds and improved gameplay.

The developers of Mojang Studios also improved many aspects of the Minecraft world. For example, armor made from Netherite (rare material from the Nether also Netherite items are more powerful and durable than diamond), in Minecraft 1.16.20.50, reproduce a new unique sound while you put them on. All items that were created using material such as Netherite no longer jumps on a lava block. 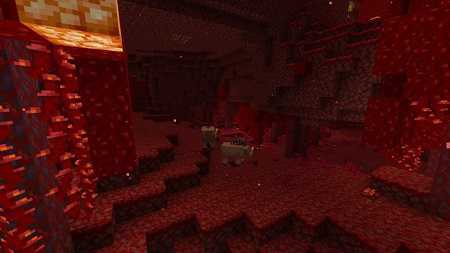 The Piglins themselves learned how to spawn even on the peaceful difficulty of Minecraft 1.16.20.50.

Obviously, they will not attack you. In addition, Zoglins are a type of Hoglin in the ordinary world, they got their individual sounds. In this version, a large number of the new sound was added.
Minecraft PE 1.16.20.50 for Android
minecraft-1-16-20-50.apk
Download free[95.05 Mb]