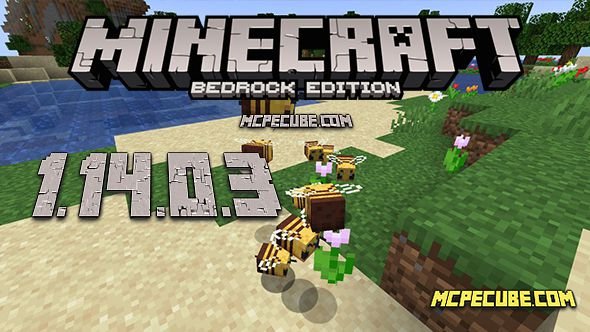 We are glad to welcome you on our site, today you are waiting for new mobs, items, blocks, various items and many other changes in the game Minecraft! Download the new Beta version of Minecraft 1.14.0.3 on Android.

New mobs are generally very funny, have unique behavior, and also have well-developed artificial intelligence. In addition to these cute mobs, new blocks and items have also been added to the game.

Let’s take a closer look with you these cute mobs, which everyone calls Bees:

As previously mentioned, Bees are amazing and very cute mobs. They have their own unique behavior that is significantly different from the behavior of other mobs, which makes them at the same time special in their own way. These mobs even have their own personal daily routines, which also distinguishes them from other mobs. Their day begins with the fact that they pollinate flowers, after which they collect nectar, and then they make honey from it. This is a very exciting process, even in real life.

During rain, bees hide in their nests and hives, this is also a new feature of the new Minecraft Bedrock Edition 1.14.0.3 update. If the bees did not find flowers to collect the nectar they need, they return to their hives when night falls. We also warn you if a player attacks at least one bee, a swarm of bees will attack the player. Another feature of these mobs is that if they lose their sting after a bite, they will die. 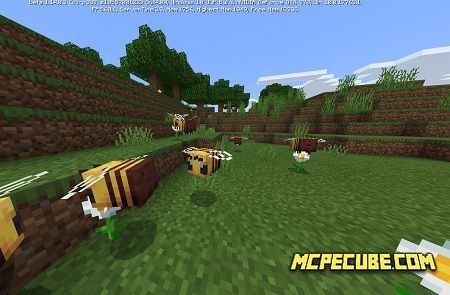 Interesting fact: If a player uses the additional Jumping effect of level 2, he will be able to jump one full block up while being on the honey block. 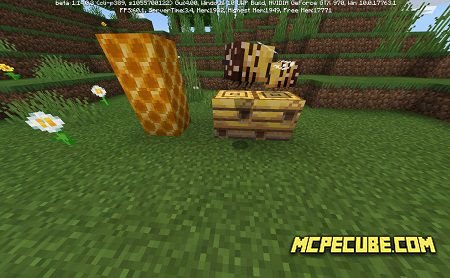 The new update added a large number of new items to the Minecraft world, for example, honeycombs, honey, even honey, and honeycomb blocks, in fact, are new items. In this update, in the English version, the name of the bee nest is now capitalized with Bee Nest!

This change was made by the developers for the reason that there were a large number of complaints from the players, although we believe that there are no problems and cannot be.

The new update also affected the changes with the cloak. In the previous update, namely Minecraft 1.14.0.2, the cloak could only be installed on one of the existing skins from the game store. With the release of the new update, players can install a cloak even on custom skins. 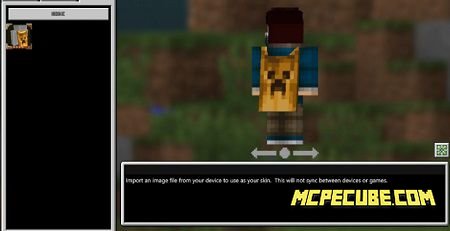 In future versions, it is expected to expand the range of raincoats in the game store so that we can purchase more raincoats for our characters. One question only remains a mystery, namely, will players be able to add something of their own?!
Minecraft 1.14.0.3 for Android
minecraft-1-14-0-3-xbox-servers.apk
Download free[90.06 Mb]