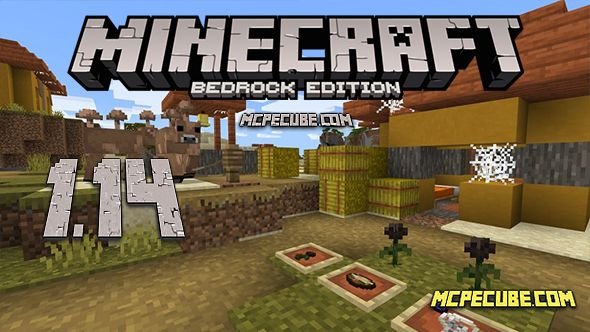 We are glad to welcome you to our site. In this article, we will consider with you the innovations that will be added in the upcoming version of Minecraft 1.14.0, namely new biomes, mobs, functionality and much more.

What to expect in the new Minecraft 1.14.0 on Android?

There are two opinions on how it will develop and what the new Minecraft Bedrock Edition 1.14.0 update will give us:

1. The first assumption is that the new version will be like a bug fix, which would compare with Java version 1.14;
2. Second, this is a major update that will carry new objects and functionality.

Let's take a look at the upcoming Biome with you. Many people remember that at MineCon 2018 Mojang, together with the players, chose a biome that won the vote. At the same time, the developers said that other biomes will also be involved in other updates in the future (Savannah and Desert biomes).

This is the biome that received the most updates and will continue to be one of the most relevant and interesting in the world of Minecraft. Waiting for the addition of a huge Baobab tree, which will have a huge pillar. Below is the picture you can see how it will look. Also, besides this, other fascinating features will be added, for example, the new animal Ostrich. Judging by the video presented earlier, these animals will be found exclusively in the Savannah, and in case of fright, they will hide their heads in the ground. Under certain circumstances, they will attack players. 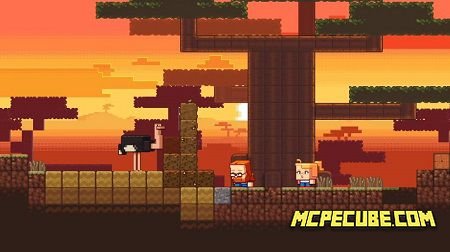 This biome is boring enough, but the addition of a new coconut tree is expected to give the area a better look. Coconuts, which are most likely to be harvested, are most likely to be used for crafting or as food. New Opossums will also be added. Most likely it will be an animal that we can tame since on the video we saw how the possum brought the fish. 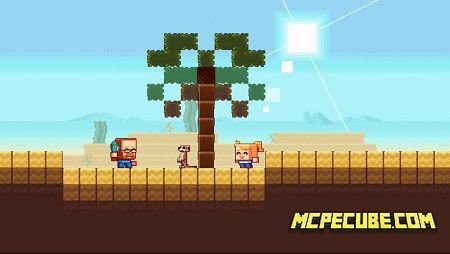 Minecraft Bedrock has a fairly simplified battle system, a player can quickly click on the mob in order to kill him.

Recall the Minecraft version for the PC version of Windows 10. The player is able to kill zombies with his hands because of the high click speed. This is one of the disadvantages that make the game a little boring, unlike the Java version. 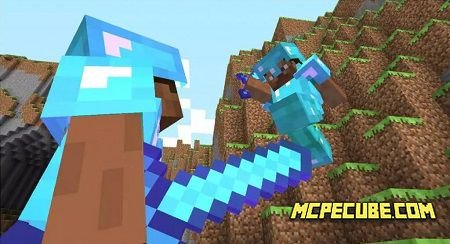 Also, expected to balance among weapons in the game Minecraft. What does it mean? This means that the damage and properties of the weapon itself will be fixed. For example, how it works in the Java version, the ax has great damage but extremely low speed, or vice versa, the sword has great speed but the damage is less. It is these moments that make the game more realistic and exciting.

As before, Mojang is likely to conduct extensive work on mods, as earlier in the Minecraft version 1.12 the game engine was updated, which allowed adding a larger number of mods to the game. But here everything is not working as well as the functionality was limited and incomplete in some places. 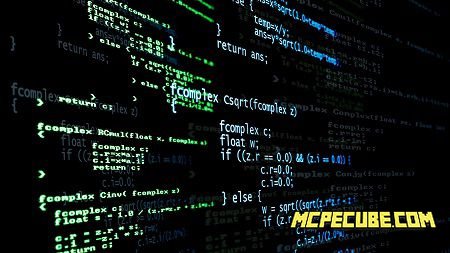 The approximate release date of the new version was indicated — September - October 2019!

Follow the news immediately after the official release of the game will be available for all platforms.
Minecraft 1.14.0 for Android
minecraft-v1_13_0_9-xbox.apk
Download free[89.8 Mb]