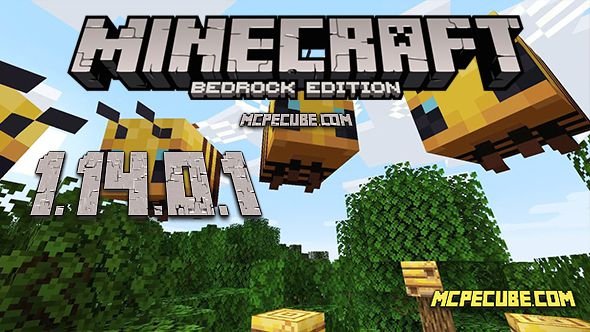 We present to your attention a new, fresh and current update Minecraft 1.14.0. This is a Honey Update and it is not for nothing that it was so-called, but why? We will find out with you below.

To begin with, everything about the new update is about bees, from the bees themselves to the blocks. Of course, many players could already see something similar that was created by the players and implemented into the game as an add-on, texture, or in general fashion.

The developers approached this update very seriously, they proved it with the functionality that was implemented in the game. New mechanics and in general all the innovations will be a new stage in the development of Minecraft.

Let’s take a closer look at the behavior of these insects with you:

— New insects are very harmless to the players, but can be aggressive if the player begins to beat them or show any aggression;
— Everyone knows that after a bite, a bee dies because in the body of the person she stung it leaves its sting. It will also be in the game after a bee stings you, it will die. After death, she will not drop anything;
— The player can find these insects in green areas, wherever there are flowers, and most importantly in not rainy weather;
— Thanks to the bees, the crop of players will grow better;
— At night, the bees do nothing, and go to bed during the rain;
— If this insect does not find a free nest, it will fly until it finds its place and its new home. 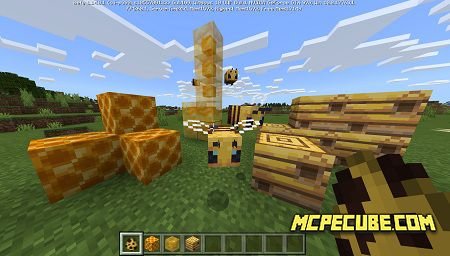 The next thing we'll talk about is a house for bees, namely a beehive or a nest. In the new Minecraft for Android 1.14.0 update, developers added new blocks and added new mechanics to items. Let's take a closer look at what has been added:

— New insects live only in warm biomes, wherever they can find flowers;
— Each nest or hive has its own specific level of fullness. The maximum level is 5. Each time a bee brings more and more honey to the hive, the honey level rises;
— The player has the opportunity of using new planks to build a beehive for bees;
— When using scissors, you can get a honeycomb. But the level of honey filling in the hive should be maximum;
— If a player wants to get honey, all he needs to do is just use the empty bottle that the developers added;
— The player can calm the bees, all he needs for this is the smoke of a fire;
— Developers have expanded dispensers, so now players can fill bottles with liquids, such as honey or water;
— New honey blocks have been added to the update;
— New honey blocks can slow down the player while moving, or while jumping;
— The height of the jump is half less. 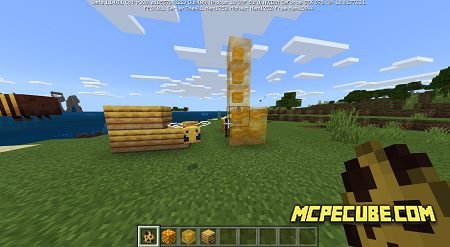 As in all previous versions, the developers fixed a large number of bugs and glitches, as well as a whole fix in the game. Let's look at the all-new fix in Minecraft version 1.14.0 below:

— The amount of XP that a player can knock out animals has been reduced;
— Fixed the growth of algae;
— The correct display of wraps in the menu for selecting skins;
— Fixed rendering problem;
— Fixed a bug when creating a character in Minecraft for Android;
— A large number of corrections in the Creative mode of the Minecraft world;
— Fixed a bug related to shooting from a crossbow, namely an instant shot;
— Freezing water from spells also fixed;
— Fixed attack blocking error;
— From now on, the attack radius for foxes will be the same as for the Java version of the game, in other words, the developers reduced it;
— Fixed horses, now they correctly use new textures;
— Fixed display of the amount of health for Bosses in the Minecraft world;
— Display of safety margin when a player is riding a mob. 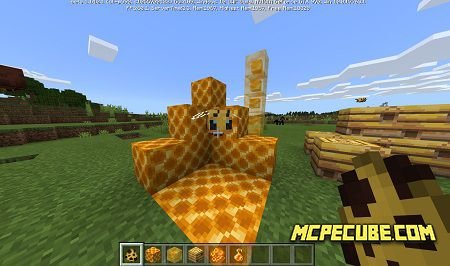 Download the new version of Minecraft 1.14.0. And also do not forget that on our site you can find a large amount of other useful information, as well as additions, mods, textures and much more.
Minecraft 1.14.0.1 for Android
minecraft-1-14-0-1-xbox.apk
Download free[89.99 Mb]