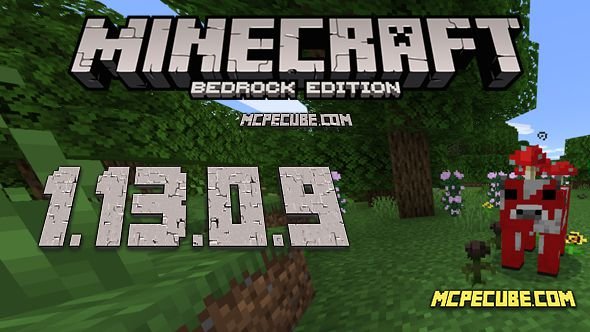 We are glad to welcome you to our site, as well as introduce you to the new and maximally enhanced version of the Minecraft game, if in the previous beta version of the game you could not see a large number of changes, this time the developers tried to make it as good as possible, adding a large number of new features, did a great job regarding changes within the gameplay, as well as correcting many errors and bugs, all this carries a new and rich in innovation version of Minecraft Pocket Edition 1.13.0.9!

Before you begin the most interesting part of this article, you should familiarize yourself with the most important rules. When using this version, you will not be able to play with players who play the full version of the game, and there will also be no access from Realms, which is why we recommend that you make a backup of your worlds or world. Why? It's simple because the world you created in Minecraft PE 1.13.0.9 does not open in older versions of the game.

We also ask you to pay attention if you have a game open at the moment and you are already installing this version. This beta version will replace it, which will lead to the loss of your world, so do not forget to save it. And now you can move on to why you are reading this article, namely to the exciting news that will make everyone’s favorite game even better than it was before.

— Withered roses;
— Dead coral;
— Updated sounds for Note Blocks and for blocks in general;
— A section that allows you to learn how to properly use structural blocks;
— Light block for map creators (add-on);
— Suspicious stew;
— New celebration of a successful raid (in the village);
— Abandoned villager;
— New mushrooms forged by lightning: brown mushroom;
— Ability to place frames of certain elements;
— After defeating the Ender Dragon or using a special button, the player sees his game credits. 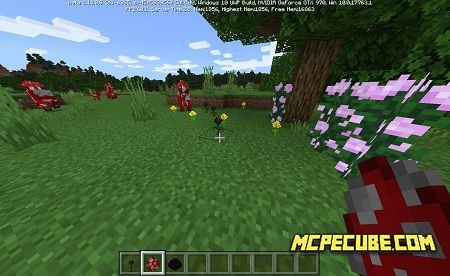 What has been fixed in the updated version of Minecraft PE 1.13.0.9:

— Correct display of the animation of the shield block from the 3rd person;
— Faster loading worlds;
— Faster loading mobs in the worlds;
— An error with the freezing of the world after the player starts any word;
— Fixed a crash while preparing a potion;
— The calculation of terrain lighting has been improved;
— The crash that occurred on low-performance devices;
— Fixed crash with split screen during block selection;
— Fixed crash with inviting guests to the game;
— Error while switching file storage;
— Double-clicking on Beacon user interface elements;
— An opportunity to unblock achievements of well-being and notifications that you were attacked;
— A readable section on how to tame a cat;
— The message arising to the players with the limitations of the skins in the multi-user mode has been fixed;
— The ability of players to teleport to a transparent block in case you own the chorus fruit;
— Fixed drop at Enderman which holds red sand;
— An opportunity to sneak up on a boat or a shulker;
— An opportunity to gain experience after killing such types of fish as tropical, pufferfish and salmon;
— Fixed frequency of lightning strikes;
— For quick replacement of armor, the player can now use the LT controller;
— Lightning from a trident now kills more mobs than it was previously thanks to its channel;
— Fixed damage arrows on the armor;
— Correct display of flowers in pots;
— Correct display of armor and tools dropped by mobs;
— Increased drop when a broken Nether wart using the tool of fortune;
— Fixed the sounds of drinking milk and potions;
— All explosions, except TNT, are now capable of causing damage in the water;
— The correct arrangement of boats with dispensers;
— Correct entry of mobs into a cart or boat;
— Increased the incidence of pillagers near their outpost;
— Correct breaking of blocks by the player while in the boat;
— Mobs will no longer drop serviceable items;
— The trading level of the healed zombie villager will also be active;
— Serviceable animation of the pace of the dance of a parrot;
— The grass will not grow only under blocks of farmland;
— Using a silk touch, the leaves will fold properly;
— New fuel for the furnace, it is a hexagonal wooden block;
— Blocks broken underwater will emit bubbles, in addition, to drop;
— An additional texture for broken elytra;
— Correct folding of cooked items in inventory;
— Many other corrections that relate to your inventory; 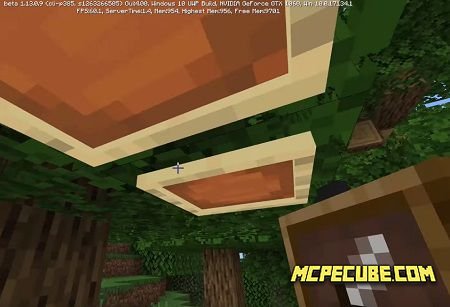 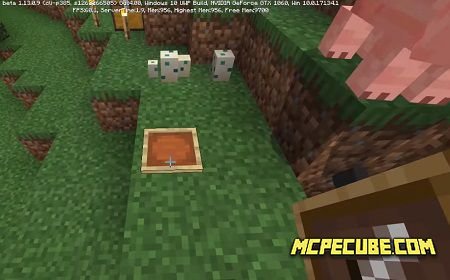 We will also show you a small list of fixes that relates to the script engine, game graphics, as well as the user interface:

— Message Open Chat has been fixed;
— You will not see flight controls if your character will sleep in creative mode;
— Correct display of the paper doll model after the resumption of the game after the suspension;
— Correct display of iron bars that were surrounded by other types of bars;
— During sleep, the screen will turn completely black.

As you can see, this time the developers really tried, because the list of fixes is quite large and generally more than before, even though it is not a complete list ... To find out about other fixes or check all of the above, download the beta version of Minecraft Pocket Edition 1.13.0.9! Do not forget to share your impressions with us, leave your feedback, as well as share this article with your friends, your opinion is very important to us. Also, on our site, you can find many other things that may be useful to you in the world of Minecraft!
Minecraft 1.13.0.9 for Android
minecraft-v1_13_0_9-xbox.apk
Download free[89.8 Mb]