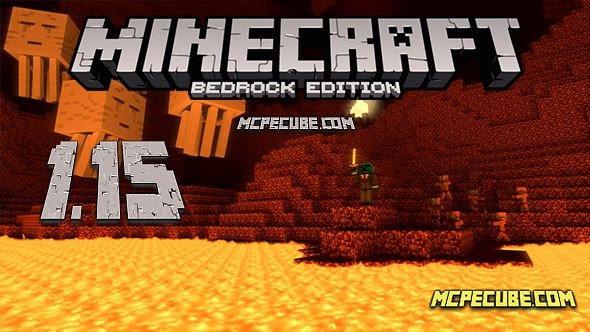 With the release of the new version of Minecraft 1.15, a large number of players were very happy. The news from the developers of the Mojang studio about the release of the new version was so joyful for all players in the Minecraft world that many immediately began to look for all kinds of sources to download it. But unfortunately, this was not the version that we all had been waiting for so long; it was a release of not a Nether update. Let's take a closer look at the Minecraft Bedrock 1.15 update.

Unfortunately, the new update had nothing to do with the long-awaited the Nether update. The developers of the Mojang studio transferred this update to Minecraft BE 1.16. The reasons why they did so are already known to us. It does not mean that the developers of the Mojang studio are trying to tease the fans and players of the Minecraft world. The reasons are simple and very logical, firstly, Mojang does everything possible to make the Minecraft game more stable and comfortable for the game, as many players still complain about a lot of bugs and crashes during the game process. This is perhaps the main reason, you can read more in this article! 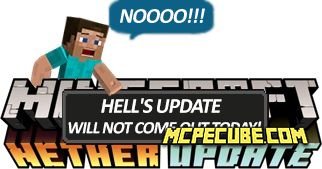 But the fact that the developers of Mojang changed the release date of the Nether update does not mean at all that the version of Minecraft Bedrock 1.15 will not be interesting. The new update has a large number of interesting changes with which we will introduce you below.

The first thing we turn our attention to is new items.

The second is the new blocks.

New blocks have been added to the game that can affect players by restricting actions. These are very useful blocks that can be useful for you when creating new maps or your own servers. Please note that these blocks will not affect players in Creative mode.

Let's look at all types of new blocks:

1. Deny blocks: does not allow players to interact with blocks located above them. This means that the player will not be able to break or put blocks. To do this, the player can use the command /give @s deny;

2. Border blocks: this type of block is restricting the movement of the player. He can not go above or below of this block, even if you go up to a height of more than 100 blocks, or if you dig about 100 blocks under this block, you still cannot get around it. The player can use the /give @s border_block command for this;

3. Allow blocks: returns the ability to interact with blocks. The player can use this command /give @s allow.

From now on, when a player uses the character editor to change his skin, his character will evaluate his appearance and move. In other words, your character will not standstill. 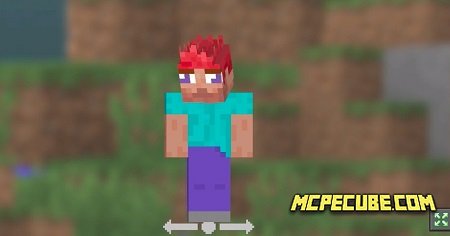 A new enchantment has been added to the Minecraft world, this is Curse of Binding. This is a new effect that will bind the player and the armor. This means that the player wearing the armor with the effect of this enchantment will not be able to easily remove it.

Other changes in the world of Minecraft

1. The boat will be damaged when interacting with the cactus;
2. A TNT explosion in water will cause damage to surrounding creatures;
3. If you remove the block under the pumpkin — it will not break;
4. Pufferfish will swell if a player approaches;
5. Fixed spawn of hostile Ghasts;
6. Increased the speed of the spawn of the Iron Golem. Also, changed the behavior;
7. Enchanted blocks have beautiful and improved textures;
8. Changed the animation of jumping tamed horses. 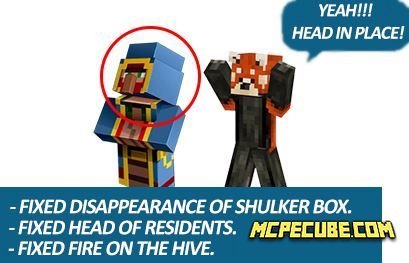 In the new version of Minecraft 1.15 there are not many fixes, but let's still consider them:

1. Optimized the game client. Minecraft has become more stable;
2. Fixed the disappearance of the Shulker Box;
3. Fixed display of the head of the Villagers;
4. Fixed a bug that occurs when applying Bone Meal to Grass Block;
5. Fixed fire on the Hive.
Minecraft 1.15.0 for Android
minecraft-1-15-0-55.apk
Download free[102.67 Mb]