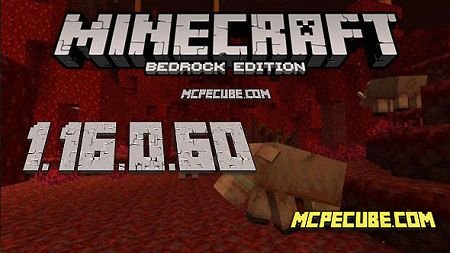 We are glad to present to you the twelfth beta version of the game, Minecraft PE 1.16.0.60. This version was released by the developers of the Mojang studio yesterday, so hurry to find out more about the latest changes in the Nether update. What's new in the new update? In short, this is new improved gameplay, Netherite, bug fixes, and crashes, as well as improvements regarding the graphics of the game. Now let's take a closer look at what's new in the Nether update below.

In the new Minecraft Pocket Edition 1.16.0.60 update, the developers of the Mojang studio made a lot of bug fixes, besides there were very important changes that improve the gameplay.

In addition to bug fixes, you will find a new ore in the Minecraft world called Netherite. This is the most unique ore in the world of Minecraft which has cool features. To date, this ore can be called the best and does not have anything similar among other ores. The features of the new ore make it better than diamond ore because equipment made from Netherite is stronger than from Diamond. The most interesting thing is that this ore allows you to create equipment that will have resistance to fire, which means that it does not burn in lava and fire. 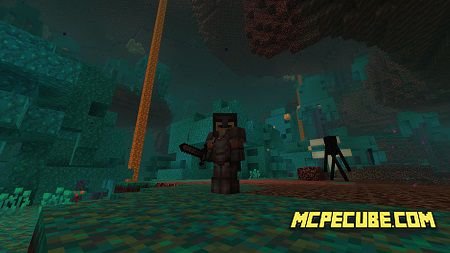 We draw your attention to the fact that the process of mining ingots in Minecraft Bedrock 1.16.0.60 is now a little complicated. Why and what you need for this you can see below:

After completing the whole process, you can get new improved equipment, tools, and weapons.

The new Minecraft Bedrock Edition 1.16.0.60 update has fixed a large number of old bugs from previous updates. In the new version, various numerous bugs related to graphics and small lags were fixed.

The developers of the Mojang studio spent a lot of time and effort on improving the graphics in the game. Especially if you pay attention to the release of Minecraft RTX for Windows 10. 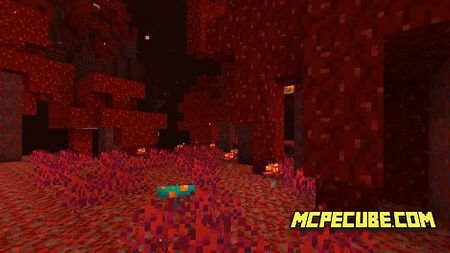 Fixed a bug due to which fonts disappeared from the screen.

From now on, chunks will be loaded correctly. And probably the most important thing is that the nicknames of the players above their heads will now be displayed without flickering.

In Minecraft in the Marketplace, players can see new changes, namely new content that allows players to get a new experience. Also, all preview images of the content are correctly loaded without delay. The loading indicator is displayed correctly.

The developers of the Mojang studio fixed crashes due to which the game disconnected the player from the world, which occurred when: