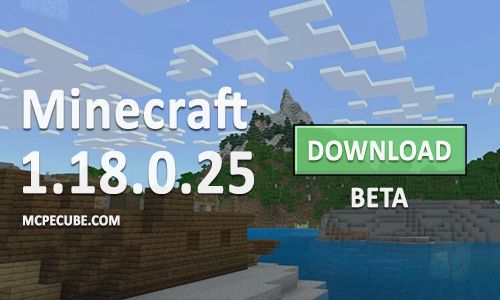 The creators, albeit belatedly, nevertheless pleased us with the next update of Minecraft Beta 1.18.0.25. In this test version, some bugs that occurred during the game have been fixed, and the developers have made some improvements related to the generation of some items. With each version, it gets better, test it yourself.

Further, in detail what errors were fixed.

Improvements in the new version are related to Generation.

For equality of versions, it was decided to remove the Deep Warm Ocean biome.

Applies to Android user only