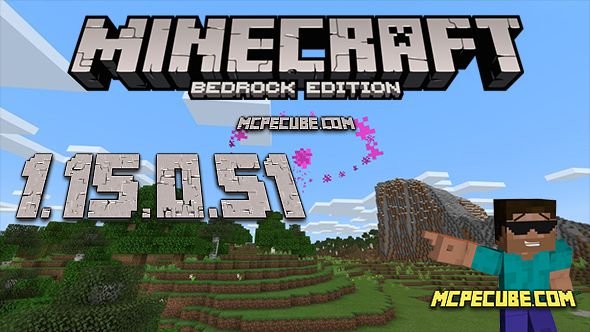 This is fresh version of Minecraft which is 1.15.0.51, it's ready to download for each user of AndroidOS device. In this big update, creators decided to fix most old bugs, as well as get rid of some problems associated with gameplay.

In new version MCBE, creators finally fixed a lot of those errors that had previously impeded a comfortable gameplay. Many of the bugs went unnoticed for many years, from update to update.

From now on in the game, all the dropped items will be displayed in the 3D model. After you drop an item to the ground, it will automatically rotate and you will see a 3D models of any item in front of you. 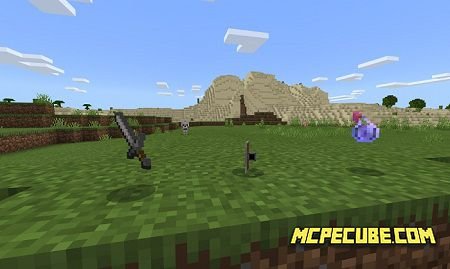 With new update, some features have been added to the game that will make our game even more comfortable and interesting. Let's find out what exactly was improved in gameplay.

First is the placement of the gate block. Now the player does not need to use supports to place the gate block in Minecraft BE 1.15.0.51. Previously, in order for you to be able to place this block, you had to use another block below it. This is a very convenient feature for those who often use these blocks during construction. 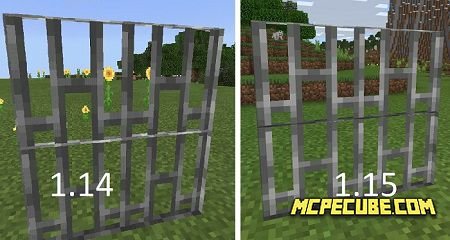 The second is damaged bows. Players can now use them to craft Dispenser. Previously, developers received a large number of messages in which players complained that the craft required only intact and new bows, which was extremely inconvenient for many players.

Using special buttons, players can now get all the contents from the flower pot.

With new update, the new enchantment as Curse of Binding has been added to the game.

We also note that now having grown large spruce under it, a podzol will be automatically generated. This is how players can now get this block.

From now on, explosions under water or in general in water will cause damage to player and all living creatures.

We also draw your attention to the fact that the activated Eye of Ender in the MCBE update will not just disappear, but will explode just like it exploded in the PC version of Minecraft Java. 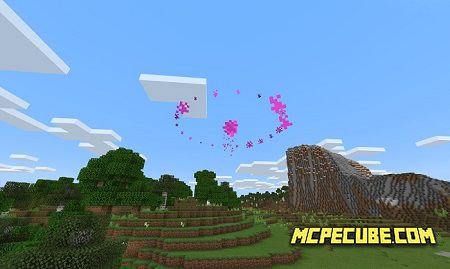 Creators said that they fixed a large number of different bugs. We note that the list of these fixes is really large. All bugs were previously found by the players and the developers themselves. Many bugs have been in the game since the old updates and went unnoticed.

1. Pressing the DOWN key now allows your character to dive to depth;
2. Placing the boat on top of the cactus, it will begin to receive damage, and then eventually completely collapse;
3. In new version of the game, a bug with the spawn Wither and its interaction with obsidian has been fixed. Earlier, during the spawn, Wither could destroy obsidian;
4. Textures of Iron Bars from now on correspond to the textures of Iron Bars in the PC version of Minecraft Java (changed);
5. Changed parameters that will help the creators of mods, add-ons, and maps to better understand the process, as well as easier to create their creations;
6. Changed hitboxes of players and mobs;
7. Fixed many bugs and errors.
8. Now the player who swims in water will smoothly transition from a prone position to normal run.

It only a small part of all the fixes made by creators of the Mojang studio. They have a lot of work ahead and they are trying to do everything as quickly and as best as possible for all the players and fans of the Minecraft world.
Minecraft 1.15.0.51 for Android
minecraft-1-15-0-51.apk
Download free[87.35 Mb]