Minecraft In One Block V2.3 Map

Do you like different challenges? Do you want a new challenge that will definitely interest you and give you a lot of experience and fun? If yes, and you are not afraid of difficulties, then a new map called Minecraft in One Block is exactly what you need! This is a new unique map mini-game that puts the player in front of a new challenging challenge.

The main task of the player is to start his journey and survival with just one block and go through all the worlds reaching the End and kill the dragon!

Let's take a look at the features of this mini-game below.

Features of the mini-game

As mentioned earlier, a new map called Minecraft in One Block is a new unique mini-game, the main task in which is to start your journey and survival with just one block and go through all the worlds reaching the End and kill the dragon. The peculiarity of this mini-game is that the player starts with just one block of grass. The game will start right after you break the block of grass.

Be careful because hostile creatures can still attack you.

Please note that you will receive everything you need to start your adventure and survival after you break the block of grass.

Start the game with the fact that you need to break a block of grass, take from it everything you need to survive. It depends on you how quickly you pass all the tests and get to the dragon. Players can get different blocks, useful chests with useful loot, different minerals, and resources, as well as different animals and even hostile creatures. Every time you break a block, be careful not to underestimate the game.

After the player breaks a certain number of blocks, he will move on to the next level of the game. In general, the game consists of ten stages at the end of which you have to kill the dragon.

Stages of the mini-game:

We also want to draw your attention to the fact that the types of blocks depending on the stage you are at, for example, if you are now at the Forest level, then you will drop such blocks as grass, clay, and wood, if you are at the Nether level of the world, you will receive dropped lava blocks, netherbrick, and netherrack.

Mobs with hostile monsters will spawn in the same order, each of which will spawn depending on the stage you are at.

At the last stage, namely Miscellaneous, you will see the very portal to the End that will lead you to the dragon which must be killed later. In order for the player to activate the magical properties of the portal, it is necessary to obtain the required eyes and go to the world of the End.

Once you defeat and kill the Ender Dragon, you will complete this mini-game!

The game can generate several types of blocks: 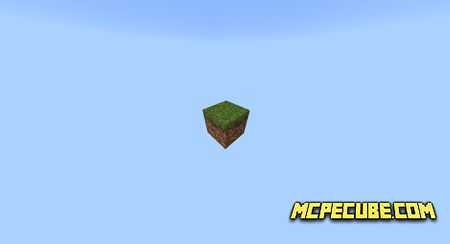 You can also see special chests with useful loot: 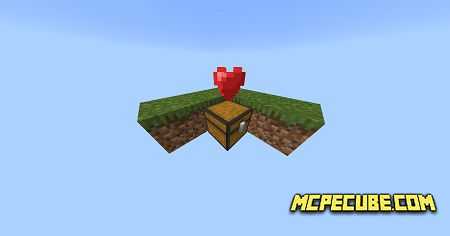 Expand the boundaries of your island block by block: 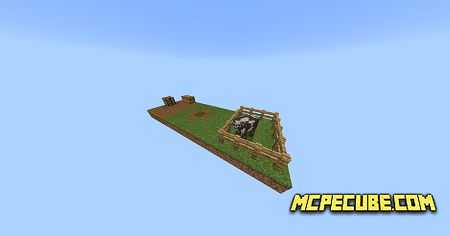 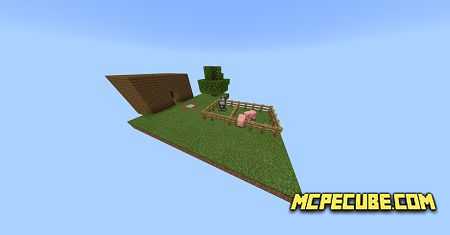 Changing the stage, you will see a new bedrock block: 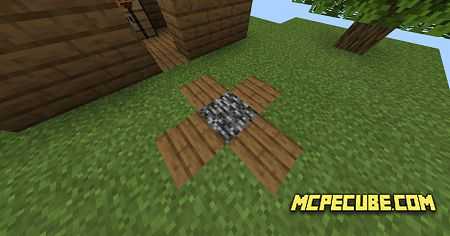 Portal to the world of the End at the last stage:

Related News:
Dead Box (Parkour – Survival – PvP) Map
Do you like mini-games in the Minecraft world like PvP, parkour, or
The Slender Man Adventure Map
Do you know who Slender Man is? For those who do not know, this is a
Modified Desert Village Map
Would you like to have fun and productively spend your time in the
Avoid Puffer Fish Map
A very fun mini-game for you and your friends. A new mini-game called
Comments (0)
Commenting