We present to you a new add-on that adds new types of mobs to the Minecraft world, which, in turn, after death will give resources such as coal, stone or iron. New mobs will be significantly stronger than their predecessors as they will have more health and will cause more damage to the enemy, which means that it will be harder to kill than normal mobs.

In general, we believe that this is a good add-on that will add new features and new experiences to the game.

Let’s take a closer look at all the new mobs with you.

We will start with you from the Stone Bat mob. In general, this mob will have the same behavior as a normal bat, with the exception of the drop and its appearance textures. 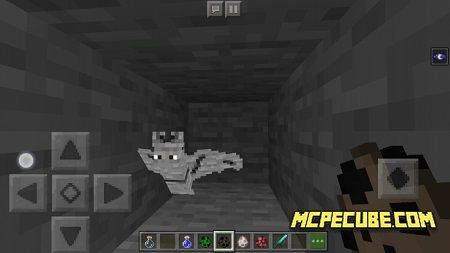 The player has the opportunity to get a stone from him as a drop. Other materials such as coal and iron can also drop.

The second mob is Stone Zombie, which is slightly different from normal zombies as it has an Attack Power of 6 and a health of 25 units. The drop may be the same as the Stone Bat.

The third mob is called Red Stone Monster. This mob has the most health, namely 45 units. The Attack Power has a little more, 7 units. As you already understood, it will not be easy to kill. Can drop the player all the previously mentioned resources, as well as Redstone. 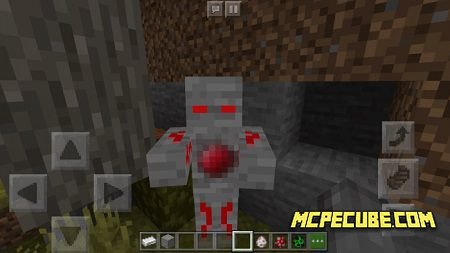 And the last mob is Stone Skeleton. The stats of this mob are the same as the Stone zombie, which also makes them a little stronger than the normal skeleton. Attack Power is 6, and health is 25. Drop is the same as Stone Zombie, except sometimes it drops a bow and arrow. 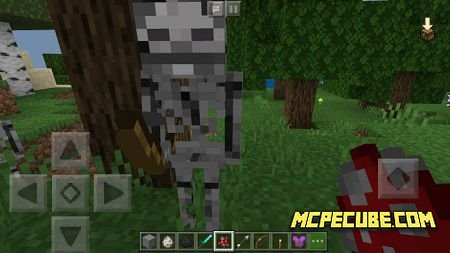