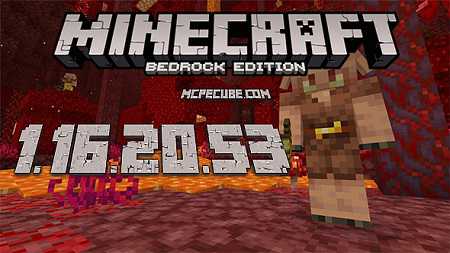 We welcome all fans of the Minecraft world! In today's article, we will tell you about a new update that was released by the developers of the Mojang studio last night. New Minecraft PE 1.16.20.53 update! This is a new version of the game that gives us a better understanding of the new subtype of creatures like Brutal Piglin, achievement systems, aggression, as well as new gameplay improvements for the Nether world.

(Please note that the new update can already be used on Android devices, Xbox Live! Is also supported). 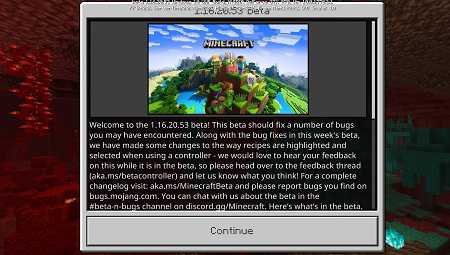 As already mentioned above, the developers of the Mojang studio released this version yesterday and this time the players will see the full implementation of the new mob in the game, as well as adding even more features in its behavior. Mojang developers also focused on the mechanics of the game and other aspects of the Nether update. Let’s take a closer look at all the new changes in the Nether world.

You can test the new model of the behavior of this hostile creature already in the Nether world. The new changes give players the opportunity to fully enjoy the new gameplay and new adventures in the Minecraft world. We remind you that this Piglin subtype is not a big fan of gold like its relatives, and will also be aggressive towards players. To other Piglins, this creature is neutral.

A feature of Brutal Piglin is precisely his indifference to gold. Unlike this Piglin subtype, its relatives are big lovers of gold and even during a battle if a player throws a gold bar to the other side they will immediately be distracted and go towards gold. In some situations, these actions can save your life. However, with brutal Piglins in Minecraft 1.16.20.53, such a system does not work.

Where to find Brutal Piglin?

In order for the player to fight or just to see this type of Piglin, you need to go to the Bastion Remnant which is located in the Nether world in different places of this location.

In the new version of Minecraft Pocket Edition 1.16.20.53, we can enjoy well and most importantly high-quality game mechanics and systems.

In the game, there are about 50 different achievements that the player has the opportunity to perform for various activities, whether it be simple actions or even very difficult and dangerous ones. And if before the players for their completion received only points and pumped their level of Xbox Live account, then from now everything will be different.

In the new version of Minecraft Bedrock 1.16.20.53, for the completion of some achievements, players can discover new emotions, and some of them can now be performed even offline, playing without the Internet, and receive a reward only after connecting to the Internet. 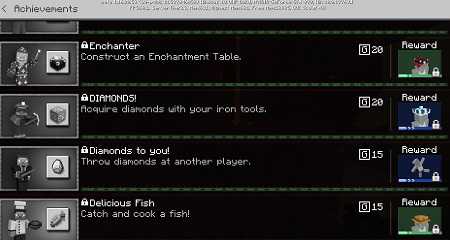 In the new Minecraft 1.16.20.53 update, the system for controlling and distributing aggression has been improved. What for? This is done so that the mobs do not get stuck on each other during the battle. Sometimes players playing on peaceful difficulty could see a situation when the mobs were looped on each other and constantly attacked each other, which is a small malfunction in their behavior. In a new update, this problem is fixed.

In general, there are not many bug fixes in the new version, but we will show you some of them:

1. The first is fixed crashes when playing with custom skins;
2. The second is the improvement of the work of some command blocks;
3. Optimization of the /fill command.
Minecraft PE 1.16.20.53 for Android
minecraft-1-16-20-53.apk
Download free[94.95 Mb]
[xfvalue_attachment2]
Download from Google Play