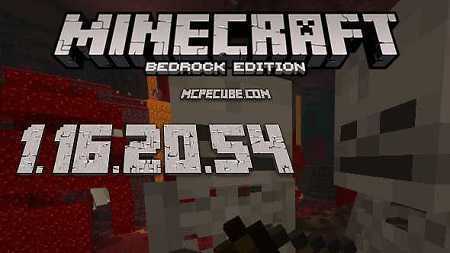 Let us remind you that recently Mojang released a version after which a couple of days later we get the Minecraft PE version 1.16.20.54. A new update with improved features, namely the ability to tame a new mob in the Nether world, new places and locations, and much more. All this and much more is already available to all players of the Minecraft world.

Also in the game, there are minor improvements in such material as Netherite, the rarity, and durability of which is higher than that of a diamond.

The first thing we will turn our attention to is a mob called Strider. As mentioned above, the new update gives players the ability to tame and use creatures such as Striders during survival. These are creatures that live in the Nether world and can become your reliable companions. It has a small body, but a rather large head. Strider is completely harmless and does not attack the player. 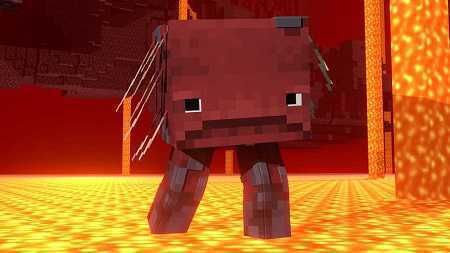 Players can tame it using a warped fungus. After you have tamed it, you need to use the saddle. Use Warped Fungus on a Stick to control it while moving. The main feature of this creature is the ability to move faster in lava than on the ground. Help players get from one side to the other across the ocean of lava.

Interesting to know: Warped Fungus can help you not only tame the Strider but also scare away creatures like the Hoglins!

New Emotions in the Minecraft world

With the release of the full version of the Nether update, players were able to enjoy such a game feature as Emotions. Using emotions, the characters Steve and Alex can show certain animations that express certain feelings. However, with the release of this feature, there were some minor difficulties as new bugs appeared in the game. Minor glitches in the game caused a lot of discomfort to many players. The developers of the Mojang studio have fixed this flaw and in Minecraft Bedrock 1.16.20.54 you can use emotions without fear of any failures. 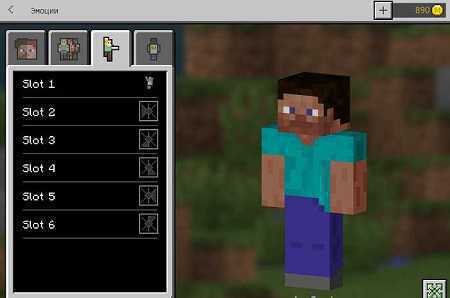 Let's now turn our attention to such a unique and useful block as the Respawn Anchor. This is a block that allows players to place a respawn point in Nether World. Previously, the player could only respawn on their own bed in Overworld. However, with the release of Minecraft PE 1.16.20.54 Nether Update, everything has changed. 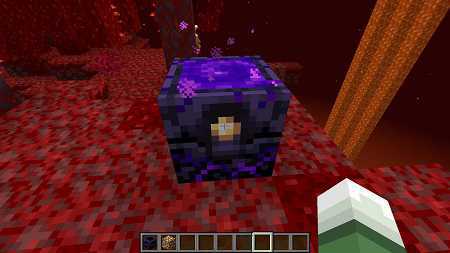 For those who have not seen, you can see this block in the image below. Having died in the Nether world, you can not be afraid that you will have to go all the way again. The new block allows players to respawn right there, and not in Overworld, as it was even earlier in the game. First, you need to craft the Respawn Anchor itself using six Crying Obsidians and three Glowstones.

Players can find Crying Obsidian in structures such as the Ruined Portal. It is a natural structure that is generated in the Overworld and Nether world.

After that, choose where you would like to place the Respawn Anchor. Charge it by using a Glowstone and click on it. After that, this block will be active and the spawn point will be installed in the Nether world!