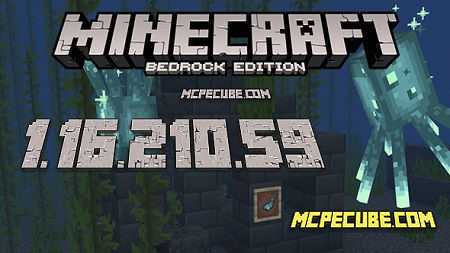 A new test version of Minecraft PE 1.16.210.59 for Android devices was released yesterday. Glowing Octopuses, Glow Ink Sac, and new frames have been added to the new version of the game! And again, the Mojang developers began to add new content to the Minecraft world, which means that with each new release of test updates we are getting closer to the full release of the Minecraft PE version of the game. After a series of releases of beta versions of Minecraft, in which Mojang was busy with bug fixes, the new update really has something to see!

Please note that in order for players to have the opportunity to test new content, do not forget to activate the Caves and Cliffs slider in the map settings.

Let's take a look at the features of the new update below.

First, we'll look at a new creature called the Glow Squid. This mob differs from the simple versions only in that it glows. The creature will only spawn in cave waters. It is possible to spawn this mob using the spawn egg. Upon death, these mobs drop glowing ink. Doesn't appear naturally at the moment. 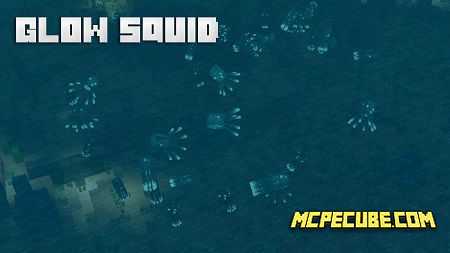 The next thing that has been added to the Minecraft world is Glowing Frames. This is a new material that players can apply to the frame and then it will glow. To do this, use a simple frame and a new octopus ink on the crafting table. Also, players can use Glow Ink Sac to craft new frames that will highlight items on them. In total, only twenty-three errors were fixed. The most interesting are below: