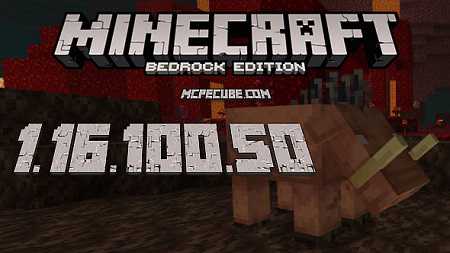 Have you seen the new Minecraft PE 1.16.100.50 update? If not, then this article will definitely interest you. For those who are already familiar with this version, you can read our article as not always all information sources provide complete information about upcoming and current updates.

In today's article, we will take a look at the new free MCPE 1.16.100.50 update that was presented by the Mojang developers four days ago.

The new version, like all the previous ones, is very important for the Minecraft world since in the new update we will receive new mobs with changed and improved features, fixes of various bugs and lags, improvements in the technical part of the game and achievements! This version of Minecraft is already available for free to all users and fans of Android devices. Also, note that the new Minecraft PE 1.16.100.50 update works with Xbox Live. Let's take a look at what's new in the new MCPE 1.16.100.50 update below.

Let's start with a brief background. As you all have probably noticed that the full version of Nether Update is one of the most significant and global updates, probably even in the entire history of the existence of the Minecraft world. Why? The answer is obvious. Since this update adds a very large number of new things to the Minecraft world, namely teleportation to the Nether world, spawn in the Nether world, new creatures such as Piglins, Hoglins, Striders and others, new functionality and interactions, new biomes and exciting structures, new blocks and much more! 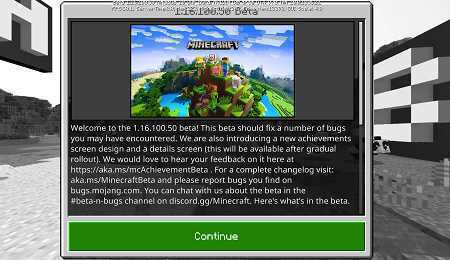 All this and more is available thanks to the new Nether update. This is all the result of hard and long work of the Mojang development team who even today fix obvious bugs and crashes trying to make the game as good as possible. Let's now take a closer look at the new Minecraft PE 1.16.100.50 update.

First, we will draw your attention to new creatures, or rather, creatures already known to everyone with new changes.
Brutal Piglin and Striders!

In the Minecraft Pocket Edition update 1.16, five new creatures were added, among which it is worth noting some that were added and changed already for the Minecraft PE 1.16.100.50 update, namely the Brutal Piglin and the Strider. The brutal Piglin has its own mission, namely guarding the treasures in Bastion Remnant, and is a more brutal subtype of piglins. They will not attack their relatives, which cannot be said about the players. Even gold bars won't help you when you meet him.

Another feature is that Brutal Piglin has more health than other Piglin subtypes. One of the reasons is the golden armband on the arm. 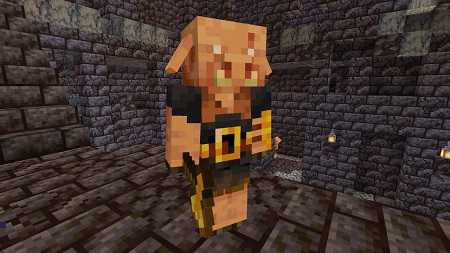 As for normal Piglins, from now on they will not attack players on peaceful difficulty. We also draw your attention to the fact that these creatures will spawn on this difficulty in the game. Most likely, they simply will not attack you, even when you are without a gold ingot or gold armor. Nevertheless, you can still trade with them in Minecraft 1.16.100.50.

The second mob, the Strider, can be tamed by the player using warped mushrooms. And with the help of a fishing rod with the same mushroom, you can control it. These creatures are very unique and have their own value to the player in the Nether world. Which one? These creatures will help you easily overcome the oceans of lava while maintaining your health points! 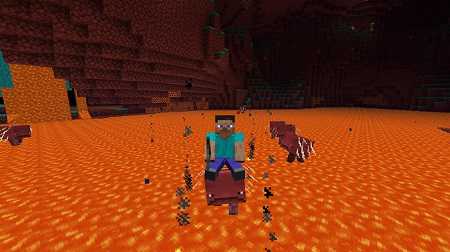 New block called Respawn Anchor. A very useful and unique block due to its features that allow the player to set a respawn point in the Nether world. But in order for it to work correctly, the player must charge it using Glowstone. Each time a player uses the Respawn Anchor, his charge is reduced by one level. In order for you to be able to use it, you must first charge it and then tap on the Respawn Anchor to set the respawn point in the Nether world. 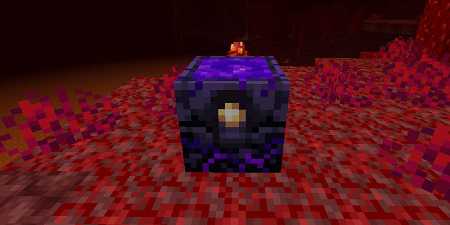 You should definitely visit these places as Bastion Remnant is a huge structure in Minecraft 1.16.100.50, inside which you can find valuable chests with various useful resources. As mentioned earlier, they are guarded by Brutal Piglins so be careful.

(Interesting to know: For those who want to find these structures as quickly as possible, use the /locate bastionremnant command). 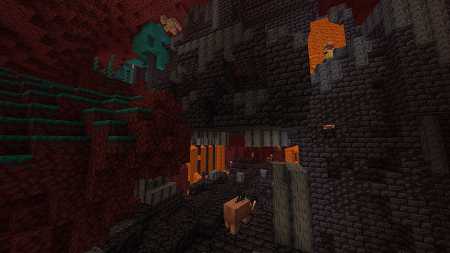 As mentioned above, the developers of the Mojang studio are also improving the technical part of the game in order to make the game more productive and give every player the opportunity to enjoy a good game in the Minecraft world. These improvements will also allow players to launch the game faster and use their unique skins without any lag or bugs.

A common problem on servers was that players using their unique skins faced such a problem that the game crashed while connecting to the server. Speaking about the fixes, we want to draw your attention to the fact that the developers of Mojang also turned their attention to the graphic aspect of the game and fixed some errors with graphics.

In general, the complete list of bug fixes is quite large, but we will consider with you a few more bug fixes that are important for every player.
For example, one of such important bugs was such a rare material as Netherite and items that were created using this material. The problem was that their main feature sometimes did not work, namely, falling into the lava, the items burned. We remind you that the main feature of a material like the Netherite is its unique resistance to fire. 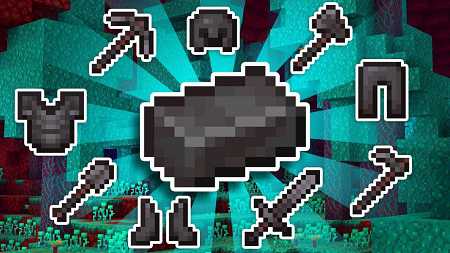 A new bug that scared many players, namely scary and sometimes even creepy sounds that were previously played only in caves, sounded in the Minecraft PE 1.16.100.50 Store.

Another equally important bug is the boss health bar. A boss like Wither often had an incorrect health bar that confused players. Often during a battle, his health could be displayed as zero, after which the players thought that he was dead. Fortunately, this has been fixed in Minecraft 1.16.100.50.

1. Fixed bug with displaying animation when bamboo is damaged;
2. Incorrect functioning of the fishing rod near various mobs;
3. Fixed a bug in which the player who is on the Shulker Box could crash the game when opened.
Minecraft PE 1.16.100.50 for Android
minecraft-1-16-100-50.apk
Download free[118.87 Mb]
[xfvalue_attachment2]
Download from Google Play