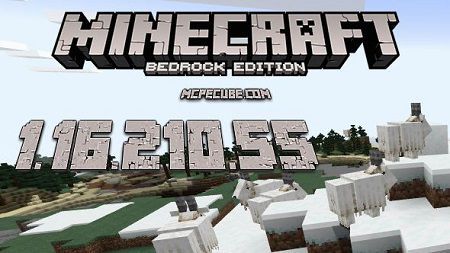 Have you already heard about the new update for Minecraft PE 1.16.210.55? If not, then you will probably be interested to know what's new in the new update. In this test update, the Mojang developers have fixed some bugs related to gameplay and game settings. Also, new game content in the Caves and Cliffs mode, namely groups of mobs such as goats, goat horn, a unique block of powdered snow, and other features of this update.


The first thing worth your attention is, of course, the fixes that the new test update has received.

Other bug fixes concern other bugs related to animations of different mobs.

Another fix concerns leaderboards, or scoreboards, which show some pre-entered data, such as the number of kills and deaths. Overall, the teams are responding better due to some changes.

The /screenshake command can now be activated and deactivated. It turns out that before that, players could only work with her in one direction. In other words, just disable without the option to enable. Teleportation now adjusts to the player's angle of view.

The developers of the Mojang studio informed the Minecraft community that it will not be possible to record ticks on ticks again.

Many creators of Redstone structures have tried to rewrite some game aspects to make their creations work better in Minecraft PE 1.16.210.55.

It can even be set in the command itself in Minecraft PE 1.16.210.55. At the same time, all this will happen almost automatically thanks to the new autofill capabilities. What's more, the /summon command also received some minor improvements. 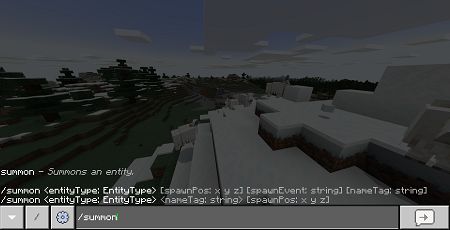 As for the changes in the Minecraft world and the Caves and Cliffs mode, the developers of the Mojang studio are once again trying to fix the last remaining bugs of such a large update as the Nether Update. With that, they are also already switching to the next update: Caves and Cliffs! In Minecraft PE 1.16.210.55, for example, players may already find slightly changed mountains.

Firstly, the game has become more stable and now lags less during gameplay, despite the large blocks of stone, wood, and powder snow. Secondly, new mobs already live there, namely mountain goats in groups of three to five individuals.

The updated mountains generate a large amount of powder snow. Overall, this location has become much more interesting than it was before.

Mountain goats are another neutral mob that inhabits mountain areas. There they live mainly in groups of three to five individuals, but sometimes you can also find singles in Minecraft PE 1.16.210.55. However, one must not forget that the mountains are their territory, which they will in every possible way to protect from uninvited guests. 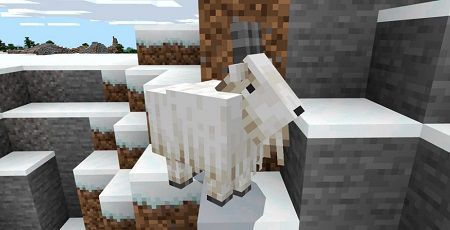 As mentioned earlier, mountain goats are not so peaceful, it turns out that very often you can see how the goats push uninvited guests off the rocks. At the same time, they butt not only with players but also with other mobs. Therefore, be careful and avoid the edges of the rocks.

Mobs and creatures such as cows, players, chickens, llamas, and even zombies often fly long distances, which can also throw them off the cliff. The fact is that the blow of a goat is so strong that in Minecraft PE 1.16.210.55 it will blow you a dozen blocks to the side. By the way, these butting creatures drop a new loot called goat horn.

The goat horn can be used by players as a means to make raid sounds, or simply to put on a shelf in the form of trophies in their homes. 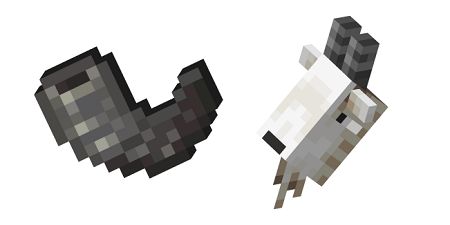 We also mentioned a new unique powder block earlier. But how is it unique? Firstly, it turns out that it cannot be obtained either with a shovel or with your hands, everything is easier than you think, for this, you need to use a simple bucket. Secondly, despite the cute texture, powder snow is actually deadly and can lead to player freezing and death. If the mob or the player himself spends too much time in the snow, then he will begin to freeze and after a certain time will die altogether.

Freezing can be understood by the special effects on the sides of the screen. The main feature of this block is that it absorbs everything that gets on its surface. It doesn't matter if it was a player or an object. Falling from a height onto a new block of loose snow, the player will not die. This is due to the fact that the loose snow absorbs all damage.

Please note that one thing that can help you during your mountain adventures is leather boots.

The developers of the Mojang studio decided to upgrade an already rather old piece of armor and thereby give it new capabilities, or, in other words, a second life.