We present to your attention a very fascinating map which is made on the basis of the latest Bee update. The new bee blocks are used here, as well as the Bees loved by everyone in the latest updates. But this time they will not be neutral ... The main goal of the player is to escape from the bees. That is why the player needs to run as hard as he can, not just one or two bees will fly after him, but a whole swarm. Bees will fly after the player until he stops for at least a second or until the player reaches the special pressure plate. Believe me, this is not as easy as it might seem at first glance. As soon as the player crosses the finish line by stepping on the pressure plate, he will be moved to the next level.

This is where you start your game from: 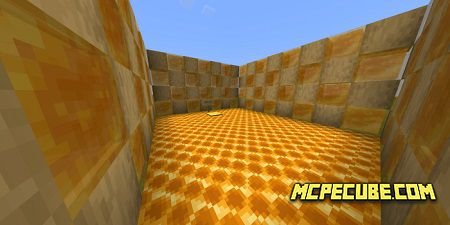 Press on the pressure plate: 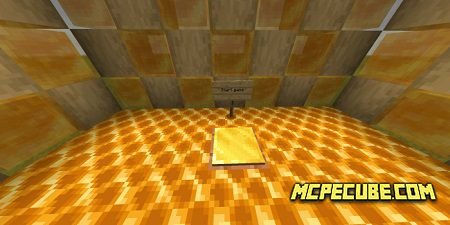 After that, you will be moved to the place where you will start your run. All you have to do is just click on the button and then the honey wall will disappear and bees will appear! 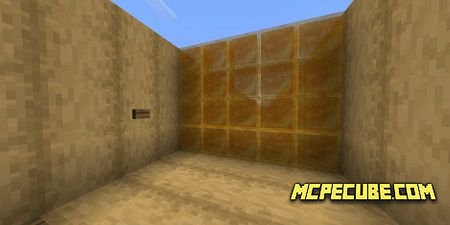 Your main goal is to avoid honey blocks on your way, since stepping on at least one of them your movement speed will be significantly reduced and the bees will catch you! 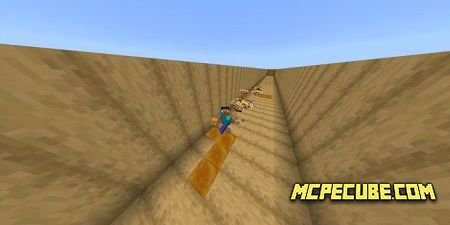 In order to pass the level, as was previously mentioned, the player needs to run to the end of the road and step on the pressure plate. 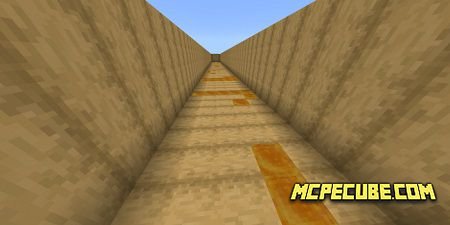 We also draw your attention to the fact that each subsequent level is different from the previous one!
Runners vs Killer Bees Map
runners-vs-killers-bees.mcworld
Download free[106.22 Kb]

Related News:
Minecraft 1.16.0 for Android [Release]
Finally, all players can see the long-awaited Minecraft Bedrock
Bow Auto-Aim Addon 1.14/1.13+
Surely many of the players cannot hit the target from the bow the
Dungeon Escape Map
A new map that will make you be as accurate as possible and show your
Minecraft 1.13.0.9 for Android
We are glad to welcome you to our site, as well as introduce you to
Comments (0)
Commenting