How? Everything is very simple, now players can use the exact combat system and all combat mechanisms in the mobile version of the game as well as in the Java version of the Minecraft game. Is this add-on interesting? If yes, then read the description of the features of the combat system below.

Features of the Java combat system

As mentioned above, the new add-on allows players to use the exact combat system and all combat mechanisms in the mobile version of the game as well as in the Java version of the Minecraft game. As we all know, the combat system in the Java version of the game is based on a certain cooldown, which in turn represents a certain period of time that a player using a weapon or some other tool can deal maximum damage to his target. Also, players can see this cooldown as a special loading bar under the cursor.

Below you can see a list of cooldown times for a particular item type:

Please note any other item that has 0.25!

Also, for a better experience, it was decided to remove the aforementioned cooldown loading bar for tools such as shovel and pickaxe. Now this download bar will not distract players from mining.

Now let's take a look at the aforementioned combat systems.

1. The first type is called Sweeping. This attack is used when using a charged sword in which you can damage all the surrounding mobs that are around your target with one attack. If this attack was critical, the damage will only be dealt to your target. This type of attack will be very useful for players on farms since after death the mobs give the player experience and certain items. 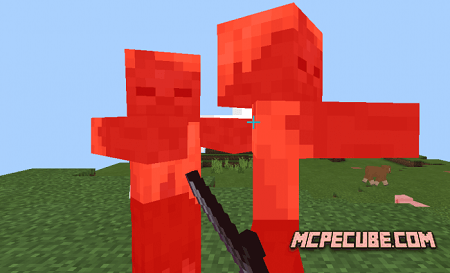 2. The second type is used when using Axes. This combat system allows players to use axes and modified ax damage.

One of the additional features of this add-on is that when dealing critical damage, players will now hear a certain sound. This sound is the same as in the Java version of the Minecraft game.

3. The third combat system is the use of shields during battles. This system allows you to use a shield for attacks as well as to defend and block attacks. Now using the shield it won't push. Also, players can block the attacks of their enemies using an active shield for five seconds (which works when attacking with an ax). When used, the shield has a 0.25-second cooldown. 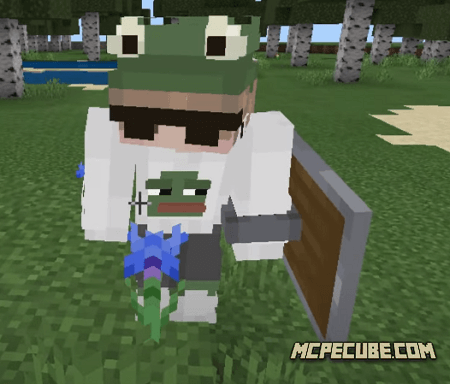 4. To create a combo, players will benefit from the knockback sprint mechanic. With such a mechanic, players during the sprint, and so far using only an ax or a sword, (the load bar of the cooldown should be 80%) makes it possible to inflict more combo hits.

Another addition to the add-on was the animation for the shields. Now, this animation is the same as in the Java version of the game. 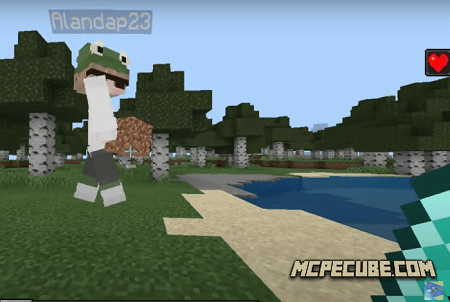 5. And the last is the speed of attacks. Players deal a percentage of damage to their target. Let us remind you of subtracted damage only. This system only works with sharpness or strength.
Raiyons Java Combat Add-on 1.17+
raiyons-java-combat_.mcaddon
Download free[1.51 Mb]