Do you like sports cars? What about Shelby? Do you know what kind of car it is? Or maybe you watched the famous movie Gone in 60 Seconds featuring this Shelby car? If so, then this addon is what you need! Even if you did not know about this car and did not watch a famous movie, you will definitely like this car. The new addon adds to the world of Minecraft the legendary Ford Shelby GT500 car or as it is also called Eleanor. (If you want to learn more about what this car is in real life, you can use the Internet).

The unique and original name Eleanor, the Ford Shelby GT500 car received in the aforementioned famous film Gone in 60 Seconds. From that moment, many began to call this car, Eleanor.

Four players can use this car as there are four available seats. Can drive at high speed. It also has free space for your items.

This car is presented in the game in two versions, the first of which allows the player to choose a car from one of the eight available colors, the second is presented in only one color.

The car is available in eight different colors, and each car has sports stripes. Below we will consider with you the colors of the new car and the spawn command. To spawn a car, use a simple command / summon. We also draw your attention to the fact that in addition to commands, players can use a spawn egg from creative inventory. Ford Shelby GT500 or as we are used to calling it Eleanor is presented in such colors as:

The second version of the car was created in the style of a police car.

Below you can see how it looks in the game: 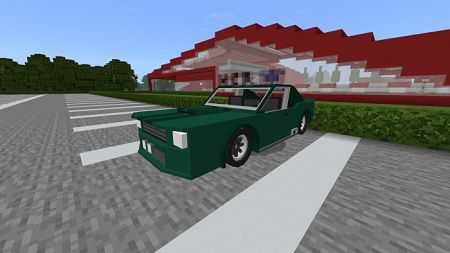 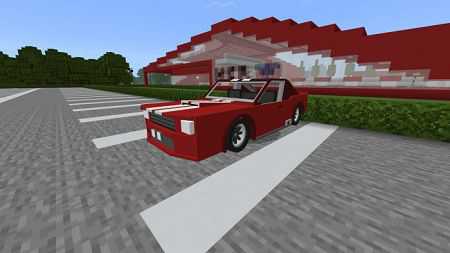 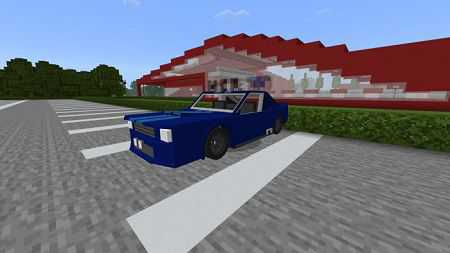 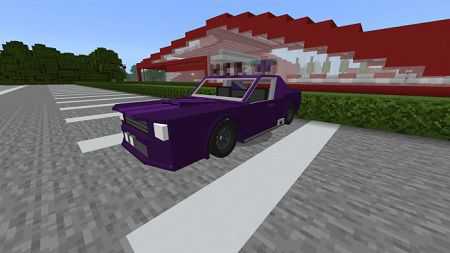 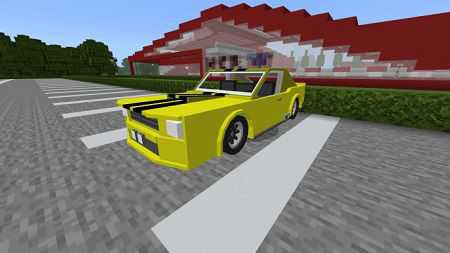 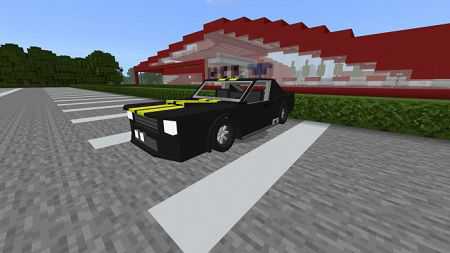 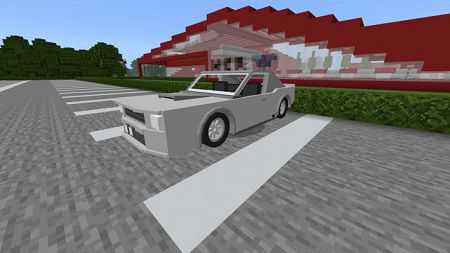 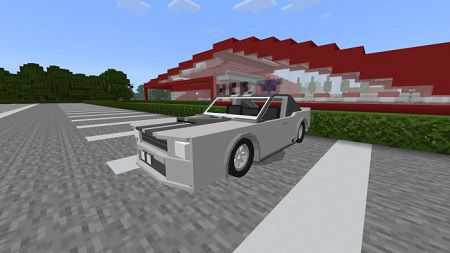