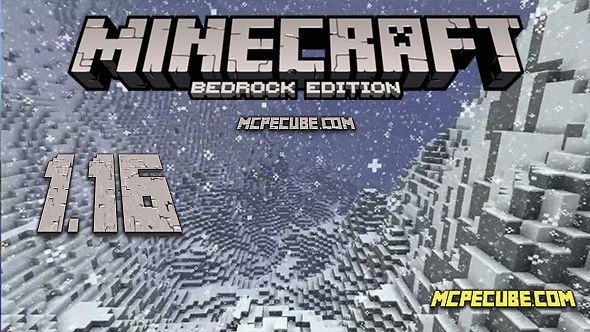 The new version of the game Minecraft Bedrock Edition 1.17.0. This is the version that made a large number of changes to the world of Minecraft. Let's consider with you what exactly will be available to all users of Android devices. The new update gives all players the opportunity to explore new places along with the new Mountain update. This addition adds a lot of new to the Minecraft world, namely new mobs and everything related to the mountains. The former mountains will no longer be so boring and uninteresting.

What awaits you in the new update?

How exactly was the Mountain Update chosen?

The developers held a vote during which the players had to choose the biome that they would like to see in the next update. The survey was available to all who wanted to vote on Twitter. The choice was between three biomes, a swamp, mountains, and a desert mesa.

See screenshot of voting below: 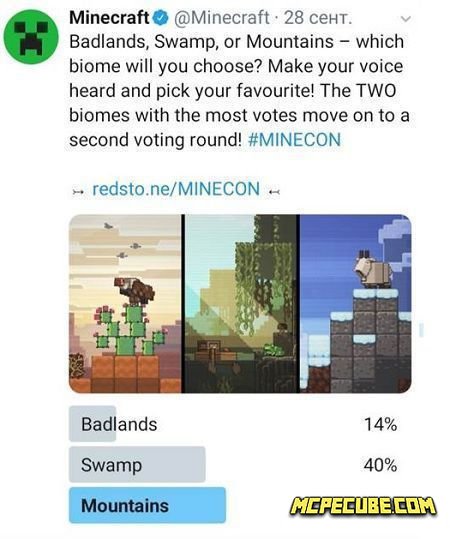 The first biome that went out of voting was the Mesa Desert. The swamp and mountains remained in the vote.

The second stage was very intense as both biomes were torn off from each other with a difference of only a few votes.

See the screenshot below: 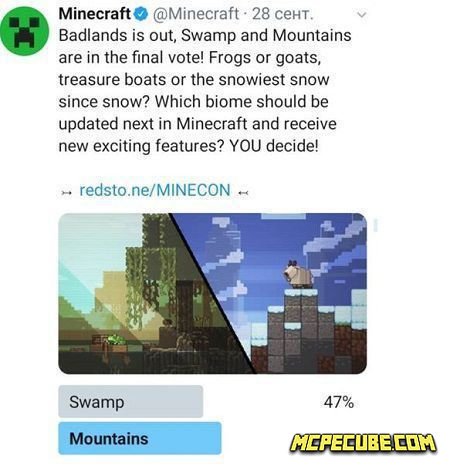 The players chose between two biomes and it was still not clear which one would win, but closer to the end of the vote, the mountains rushed forward and became the winner. Many players explained their choice so that the mountains were the most boring and in general the most uninteresting biome. Everyone wanted to see this biome improved and updated, given that it was also one of the oldest biomes in the Minecraft world. 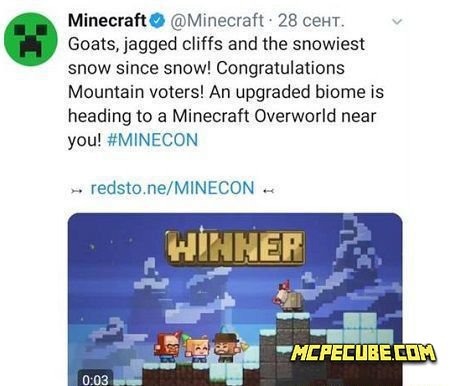 What do we expect from a new update?

As was previously announced in one of the Mojang developers' promos, the generation in the new biome will be redone.

Updated mountains will look more realistic. On the rocks, you will see steep ledges and sharp tops. Also, all the peaks of the mountains will be covered with snow. Please note that the snow will also be updated and it will be necessary to carefully go through these places as there is a possibility that the player may fall through the snow. All this makes the new mountains more interesting and exciting, as well as dangerous at the same time.

A new update adds to the game of Mountain Goat. This is a new mob that lives only in the mountains. In the future, players can use it as food resources for their survival. We draw your attention to the fact that this mob moves very quickly in this area.

What biome will be after the release of Mountain biome?

Since the swamp took second place in the vote, the developers of the Mojang studio immediately decided on which biome will be next in the upcoming update. New in this biome will be new mangroves. These trees are very similar to normal ones, only their difference is that the roots of the mangrove thickets go deep underground.

To explore a new biome, players may need something to move around, such as a boat. The boat will help players survive and explore more safely the swamp biome. Also, any player can craft a chest and put it on a boat, where you can store some of your items.

In this update, the developers promise to add a new mob which is a frog. New and neutral mob. As in real life, this mob will live only in a swamp. There is one unconfirmed information that developers for greater reality will add flies as food for frogs. That would be amazing!

And finally, the last update that will receive new updates will be the Mesa Desert.

This biome will be more dangerous than the two previous ones. The developers of the Mojang studio want to add a new plant, mob and update the texture.

Tumbleweed is a new plant that will knock a player down. So be careful and look around. Perhaps you had to meet him in real life and you understand how it looks. This plant will move through the fields.

Cactus textures will also be updated.

Vultures are new mobs that will be added to the Minecraft world, namely in the desert mesa. This is a flying predator that will hang in the sky in search of its target. This mob will also be interested in YOUR loot, as well as in particular you. 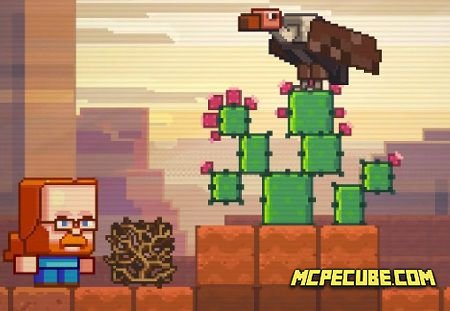 And that’s all, stay tuned for further news on our website and get the most relevant and interesting information about the world of Minecraft!