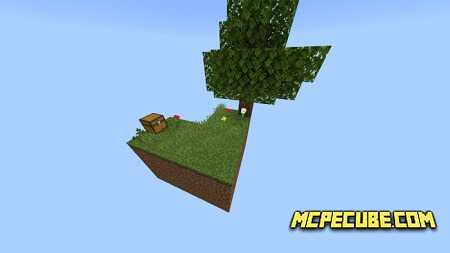 Aren't you tired of the Skyblock maps yet? If not, then the new Skyblock Template map gives players a new experience and a new adventure in the world of Skyblock. Start the game and your new adventure from the starting island, after which you will have to discover eight other floating biome islands. For example, players can go to explore the island with the Nether biome of the world where they will find obsidian, silicon, and steel which will be located inside the starting chest on the island.

Players can also achieve the goal of killing the Ender Dragon. To do this, you need to collect certain items on the Nether island biome, namely six blaze rods and twelve ender pearls. Having collected all the listed items, the player can go to kill the ender dragon. Players can also raid cities of the end as it remains unchanged. Let's take a look below at what islands are available to players.

1. The first island is the main island or the starting island from where your adventure begins. This island is a simple biome where players spawn. Also here players can find a special starter chest with some useful things, grass, flowers, and wood.

2. The second island is the dark oak island. As you understand, this island has only one dark oak tree, as well as several flowers and grass. Island screenshot: 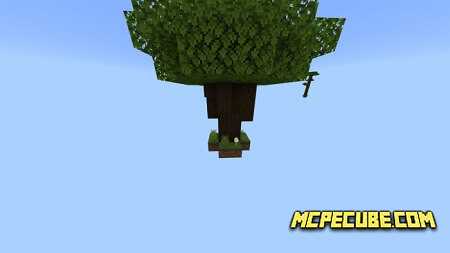 3. The third island is the swamp island. Here players can see one oak tree, a vine, and water. Please note that here players can get endless supplies of water. Island screenshot: 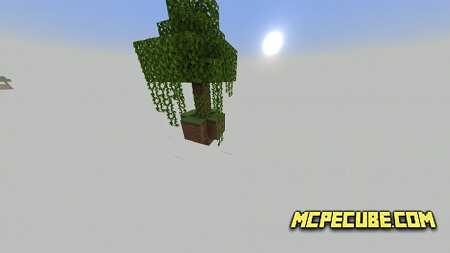 4. The fourth island is Savannah Island. Here you will find plenty of dirt and acacia wood. Island screenshot: 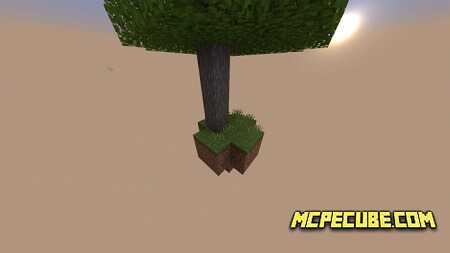 5. The fifth type of island is the island of the snow-covered taiga. Here players can find a spruce tree, a few blocks of snow, a fern, and even sweet berries. Island screenshot: 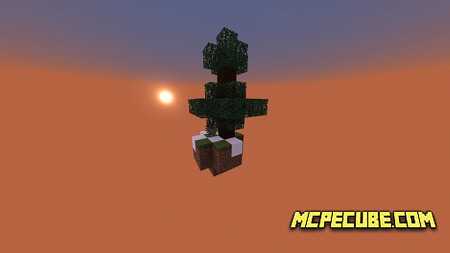 6. The sixth type of island is a desert island. Players can only find one cactus and sand here. Island screenshot: 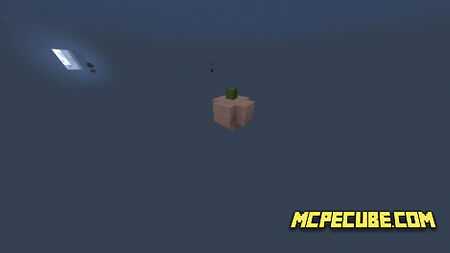 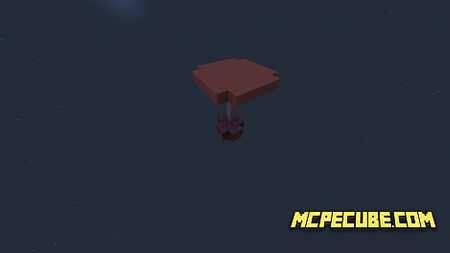 8. The eighth island is a birch island. This is an island of green biome, where players can find one birch tree, grass, flowers, a beehive, and several bees. Island screenshot: 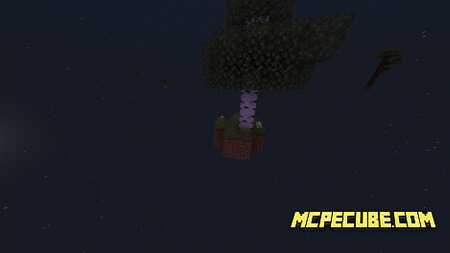 9. And the last island is the jungle island. Here players will find just one jungle tree and cocoa beans. Island screenshot: 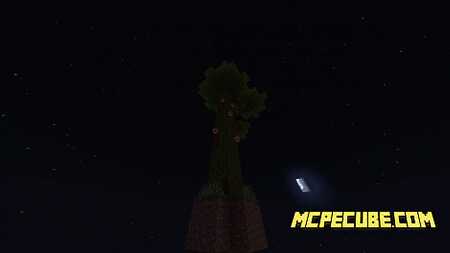 Attention: Please note that when creating the world, you may see an error that notifies that your world is experimental and when you open it, a bug may occur and the game crashes, but do not worry, just open the world and ignore this message, nothing will happen.
Itsme64's Skyblock Template Map
skyblock-template.mcworld
Download free[5.32 Mb]

Related News:
Skyblock w/ Shops and More Map
Here players can see the new Skyblock w/ Shops map, as well as new
Lucky Chest Map
Would you like to discover a new map of the Lucky Chest? This is a
Minecraft In One Block V2.3 Map
Minecraft In One Block is a new unique map mini-game that puts the
Dead Box (Parkour – Survival – PvP) Map
Do you like mini-games in the Minecraft world like PvP, parkour, or
Comments (0)
Commenting