If you follow the news of the game, then you know that recently there was a vote for new mobs in the game. One mob was presented there, it did not pass, but if you liked it too, then this is for you - Copper Golem Concept. Download and try, I hope you like it.

I'll tell you more about the functions and behavior of this concept.

The Copper Golem can turn into a block if it rusts. 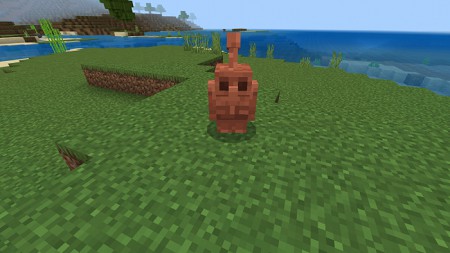 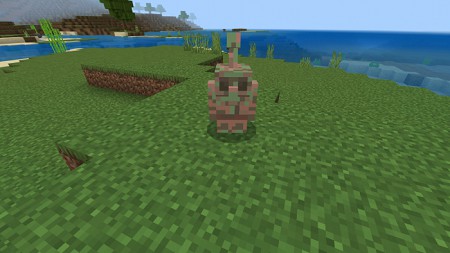 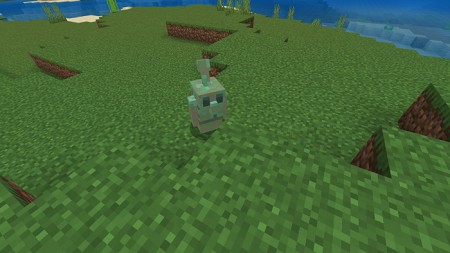 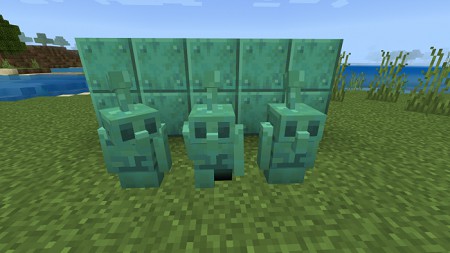 The golem has been pressing buttons throughout its existence. If the button is simultaneously pressed by another golem, the battle will begin.

Rust slows down the mob. To prevent or remove it, you need to grease with wax, for example using Copper Blocks.

The benefit of a Copper golem is that it can affect copper objects.

For example, it opens a copper door that players cannot open. The copper lamp is activated when the golem is nearby. 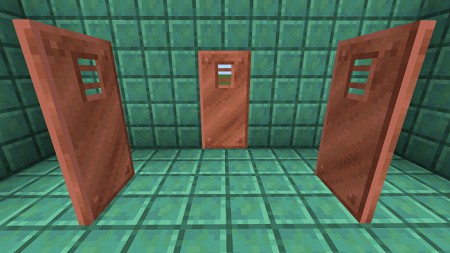 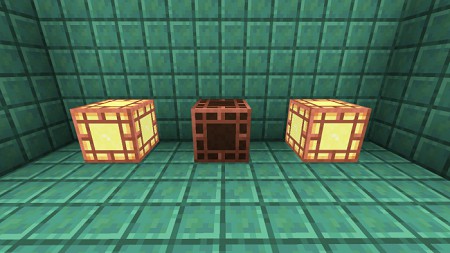 To get the Golem you need to add a lightning rod and three copper ingots to your crafting.

Related News:
Black and Grizzly Bear Add-on 1.17+
Did you miss the action and wildlife? Then meet the new addon Black
Glare Concept Add-on 1.17+
Do you follow the YouTube channel of Mojang Studios, so then you are
StoneTombs Addon V3 Add-on 1.17+
Have you died in the game and lost all your items? This is not a
Dragon Add-on 1.16/1.15+
Do you like big and powerful creatures like dragons? They are large
Comments (0)
Commenting