What if the Marvel Universe was put into the Minecraft world? This new Ant-Man Add-on does just that. Now in the game there are supernew elements of the game that will help the player become a new superhero and turn into a Man-ant. Thanks to this, you will have new possibilities, like a superhero from the comics. You will also have personal pets with which you can explore this world.

Details about the add-on

To turn into a superman ant, you need to hold a special object in your hand, called Miniature Power (red arrow).

The arrow can be taken in the left hand.

Affects the character, he begins to shrink.

The character has increased speed.

Using it you can get through the height equal to one block.

You will not only have advantages such as high agility, but also negative consequences. For example, health will be reduced.

To become Ant-Man, the player needs to equip the character with the Miniature Power item. At the same time, there are no delays before use, so you can quickly change modes. 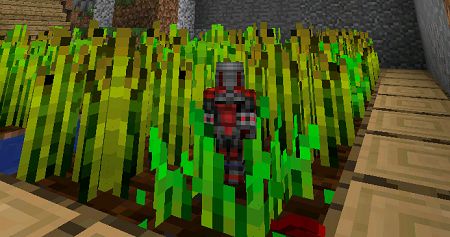 You can also become, on the contrary, a giant ant, for this you need to use Giant Power or Totem of Immortality.

In this mode, you will deal more damage and you will have a knockback resistance effect.

The properties of this force:

To do this, you must also hold it in your left hand. 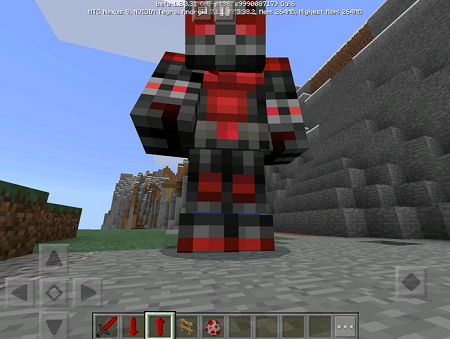 You will have pets.

Their goal is protection from other creatures. But you cannot tame them, but you can ride them. You can also use totems to jump to different sizes while on your animals.

To control the pet, you need to place the saddle in the slot for other items.

A red ant in the game instead of a spider.

Has 7.5 life units.
Deals 5 damage.
Can climb various surfaces.
Has an inventory of chests
To control it, you need to add a saddle.

Has 15 health.
Deals 20 attacks.
Imposes a withering effect.
Protected from fire and resistant to fall damage

The second pet is the Black Ant. Instead of a cave spider.

Has 7.5 hearts of health
Damage: 5 units.
Able to climb to the surface.
Has an inventory of chests. 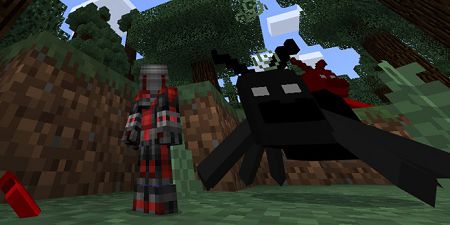 There is also a special weapon - a bow.


And one more piece of equipment is the Ant-Man Armor. They are composed of gold.
Ant-Man Add-on 1.17+
ant-man-r.mcpack
Download free[1.37 Mb]

Related News:
StoneTombs Addon V3 Add-on 1.17+
Have you died in the game and lost all your items? This is not a
JKSlayer10 Turrets Add-on 1.17/1.16+
The new JKSlayer10 Turrets add-on adds five new turrets to your world
Dragon Add-on 1.16/1.15+
Do you like big and powerful creatures like dragons? They are large
Happy Family Addon 1.13/1.12+
We are glad to present you a unique and very exciting add-on that
Comments (0)
Commenting